Fear Telugu Movie: Fear (2021) is a Telugu dubbed Tamil language psychological thriller film written and directed by Vicky Anand and Produced by V.P. Viji. The film stars Kalaiyarasan, Dhansika, and Mime Gopi. The soundtrack was composed by Johan Shevanesh with cinematography by Prasanna S. Kumar and editing by San Lokesh. The film originally released in Tamil language on 16 June 2017. 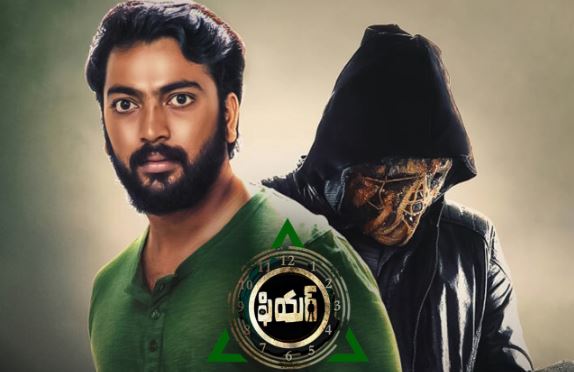 Tamil actor Kaliayarasan is perfect in bringing out the frustration of a failed writer and also does a neat job as a vulnerable person in the early stages of the film. All other supporting actors including Mime Gopi have fit the bill while Daniel Annie Pope makes a blink you will miss appearance.

Director Vijay Anand was brilliantly supported by three people to realize his vision. Heroine Sai Dhanshika – who plays almost solo for a considerable part of the second half and she did a fantastic job as an innocent woman trapped in a house to escape a killer, music director Johan Shevanesh with her background score intriguing who uses sound and silence in appropriate proportions and cinematographer Prasanna Kumar who captures the scenic beauty of movie locations with stunning top-angle shots and also transforms the chilling effect of nighttime footage for the viewer.

Revanth, a famous fiction author, is distressed after his stories become outdated. To write a thriller, he visits a hill station where unexpectedly he gets entangled in a series of horrific events.