Fahadh Faasil’s Dongata Telugu Movie Review: Fahadh Faasil’s one of the most brilliant films Thondimuthalum Driksaskshiyum has been dubbed in Telugu by a leading OTT platform Aha with the title called Dongata. The film has released today May 06, 2022, on Aha. Maybe a lot of people are unaware of this gem called Thondimuthalum Driksaskshiyum, and this film has got 3 national awards. So without any delay, let’s get jump into the in-depth review of Dongata. 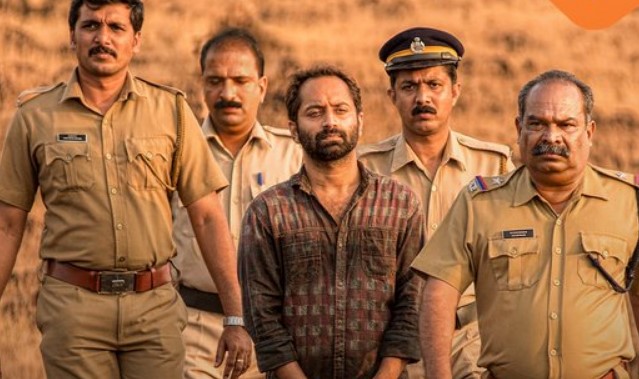 Dongata story depicts the lives of an ordinary couple Prasad(Suraj Venjaramood), and Sreeja(Nimisha Sajayan), they are a newlywed couple, However, they are struggling to cope with their lives because they got inter cast marriage. Despite the fact, that for survival, Prasad and Sreeja decided to sell her gold chain, unfortunately, a cunning at the same time innocent thief stole the gold chain during the bus journey, the couple case file on that thief, and the police started interrogating him but he refuses to accept the crime. Finally, will he accept the case, and what happened next is the rest of the tale?

Dongata stars Fahadh Faasil, Suraj Venjaramood, Nimisha Sajayan, Alencier Ley Lopez. and the film was directed by Dileesh Pothan, the cinematography was handled by Rajeev Ravi, the Music was composed by Bijibal, and the film was produced by Sandip Senan and Anish M Thomas under the banner of Urvashi Theatres.

Fahadh Faasil, Suraj Venjaramood, and Nimish Sajayan, these trio’s are enough for this film. Dileesh Pothen has done a fantastic job of creating some beautiful characters that are related to our daily lives. Though the movie has a simple storyline yet Dileesh Pothen made it so beautiful.

Fahadh Faasil as the thief is just lived in the character, as his innocence, his cunningness carries effortlessly. and Suraj Venjaramoodu also did justice to his character, being a middle-class husband’s thought process, and body language he has just carried effortlessly, and Nimisha Sajayan is one of the brilliant actresses we have as she suites perfect in a middle-class housewife role. and the rest of the cast did their part well.

Dileesh Pothen is has succeeded in creating relatable characters,  and he manages to keep engaging the audience, comedy scenes, and interrogation scenes land well but the pace of the movie a bit slow, though once you start traveling with the characters you will enjoy the film.

Dongata is technically brilliant as we can see Rajeev Ravi’s brilliance in closeup shots.  Bijipal’s music blends so well in every scene.

Finally. Donagata is a must-watch film for brilliant performances and a beautiful story. Don’t miss this movie, watch it on Aha, you will love it.