Eternals Telugu Movie OTT Release Date: Most Craziest Movie makers Marvels Entertainment makers are again back with Super hero film “Eternals” releasing on 5th November world wide in different languages along with Hindi, Tamil, Telugu, kannada and Malayalam Languages. Chloe Zhao Directed it and kevin fiege, Nate Moore Produced it under banner of Marvel Studious. Budget of movie is 200 million dollar in indian rupees it is near to 1500 crores rupees. 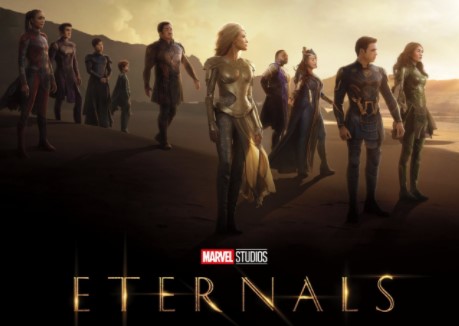 Eternals Movie is a sequel to Avengers: Endgame (2019). After the return of half of the Population in Avengers endgame, An Immortal alien race call Eternals who are created by Celestials starts living on earth secretly. The were living since 7000 years ago. These Eternals unite to protect humanity from their evil counterparts who are called Deviants.

Marvels Studios President and Eternals Producer Kevin Feige in April 2018 announced that they are making an another film based on Marvel Comic’s series Eternals created by Jack Kirby. Marvel makers changed that script a little bit and made into movie.

Eternals Movie is all set to release in theatres world wide on November 5 in English, Tamil, Telugu, Kannada, Hindi and Malayalam Languages. Eternals is the sequel to Avengers End game. It is the Biggest Movie in the world releasing after the Pandemic out break.