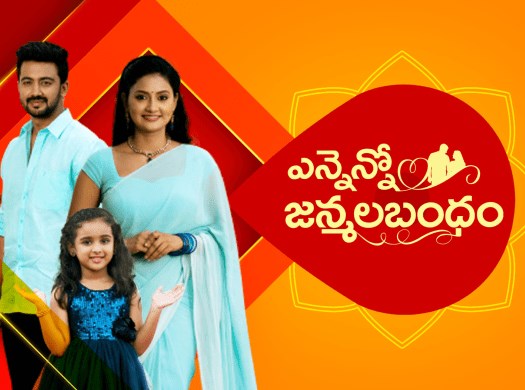 Niranjan BS plays the role of Yash who is married and abandoned by his wife, He also has a daughter name Khush whole role was played by Minnu Nainika. Vedaswini enters into the life of Yash. Both Start loving each other. Debjani Modak has played this Vedaswini character. How the love story goes on between the married abandoned Yash and Vedaswini is going to be the main part of this serial.

Ennenno Janmala Bandham Serial Streams on Star Maa channel from Monday to Friday at 9.30 pm. This serial was first launched on October 18, 2021. It’s a Complete Romantic Drama serial. Run time of every Episode is of 23 to 24 minutes.

Who played the lead roles in this serial?

What is the Streaming time of this serial?

Monday to Friday on Star Maa Channel at 9.30 pm.

Who directed this serial?

Suresh Palakurthi has directed this Serial