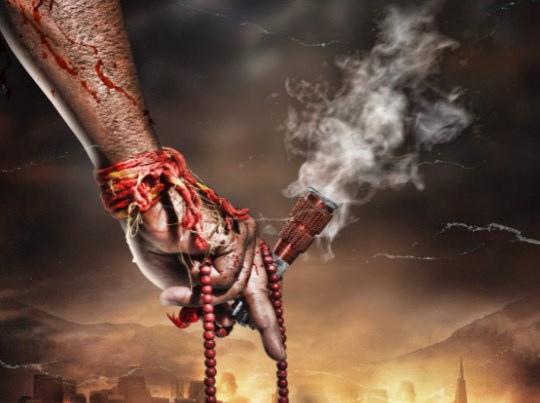 Dum Shiva seems to be an Action Family Drama. Story details aren’t announced by the makers. By the released Title Poster, we can say that story revolves around the title character “Dum shiva” who appears as holding Rudraksha and Bhung in his hand.

Patel Nadurka has written and directed this film. Koneri Sai Kiran playing the main lead role. Laxmi Priya Creations is bankrolling this Cinema under its own banners. More Cast and Crew details are yet to be announced.

Dum Shiva Movie’s Release Dates aren’t announced by the makers. The shooting also didn’t start and it will go on floors soon. Koneri Sai Kiran who plays the main lead role in this film is an Upcoming New Tollywood Actor.

Dum Shiva Movie’s Filming and Production may take 6 more months. The movie is made by Complete New Cast and Crew. The title Poster of this film looks Promising. The release date of Dum Shiva movie can be expected by September 2022.

Dum Shiva Movie’s Title Poster was released on February 23, 2022. The release dates of this film aren’t announced by the makers. Keep visiting this website to get the latest updates on upcoming new movie releases.