Dulquer Salmaan Telugu Dubbed Movies List: Here we are going to list out the PAN Indian actor Dulquer Salmaan’s movies list in Telugu. Dulquer Salmaan has a strong fan following in Telugu states amongst the youth audience. Since, after the release of Telugu dubbed movie OK Jaanu (2015), his fan base has been Increased abruptly. With the movie Mahanati (2018), he proved as one of the versatile actors in India who can do justice for any type of roles. 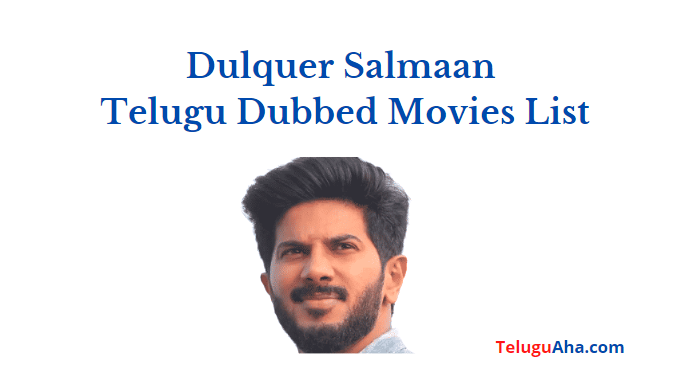 His Telugu fans frequenlt searches for Dulquer Salmaan Telugu Dubbed Movies of Charlie (2015), Ustad Hotel (2012), Bengaluru Days (2014), Kali (2016) and many of his movies. So, we have come up with the Dulquer Salmaan Telugu Dubbed Movies List Till 2021. He shared screen space with many popular actresses of South India like Keerthy Suresh, Sai Pallavi, Nithya Menen, Anupama Parameswaran, Parvathy, Aditi Rao Hydari and others.

Janatha Hotel is the Telugu dub version of Ustad Hotel (2012), directed by Anwar Rasheed. The Telugu language version “Janatha Hotel” is the most liked movie by Telugu audience.

Hey Pillagada is the Telugu language version of the movie Kali (2016), directed by Sameer Thahir in which Telugu popular actress Sai Pallavi played Female lead character. The movie plot is based on the Thrilling incidents faced by a couple on their night travel.

100 Days of Love is a Malayalam film available with the same name. This is a Romantic comedy directed by Januse Mohammed Majeed.

Dulquer Salmaan will be seen as a Lieutenant Ram in his upcoming Telugu straight film “Yuddamtho Rasina Prema Kadha” directed by Hanu Raghavapudi. This is a periodic love story in 1964 where Dulquer playing an Army personnel ‘Lieutenant’ Ram, Pooja Hegde is opted for female lead role.