Dongalunnaru Jaagratha Movie Review: Simha Koduri got to see a big success with his debut movie ‘Mathu Vadalara’, but his second film ‘Thellavarithe Guruvaram’ didn’t meet the expectations. After almost a year gap, he has come up with his new movie ‘Dongalunnaru Jaagratha’ today and the have promoted this movie as the first survival thriller in Telugu. Let us get into the detailed review of the movie to know if this movie gives us the thrills to enjoy in the theatre and if Simha Koduri is able to receive the success again. 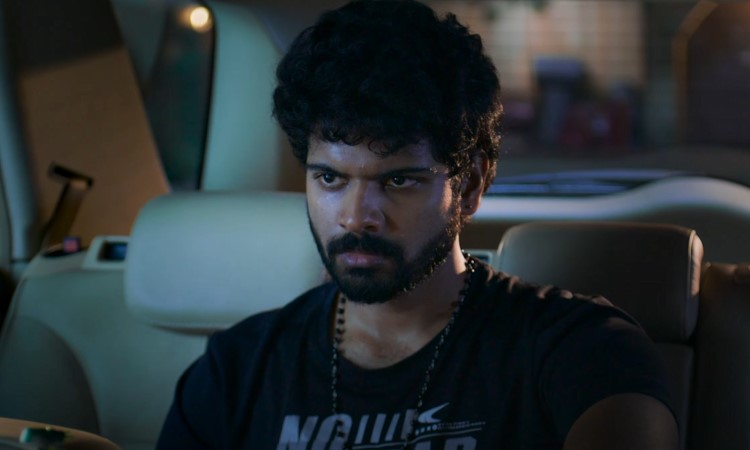 Petty burglar Raju decides to rob a fancy SUV, but quickly learns that the vehicle is an impenetrable trap. The agonising struggle against time for Raju’s survival inside the SUV, while an enemy from the outside has complete control of the vehicle, begins at this point. What does the enemy desire? Is Raju a planned victim? How long will Raju be able to live?

Dongalunnaru Jaagratha movie casts Sri Simha koduri in the leading role, while Samuthirakani and Preeti Asrani are playing other important roles from the movie. Movie is directed by the debutante Satish Tripura and produced by D. Suresh Babu, Sunitha Tati on Suresh Productions & Guru Films banner. Music of this movie is composed by Kaala Bhairava and cinematography is handled by Yeshwanth C. Garry is the Editor of this movie.

Actor Sri Simha Koduri is son of ace musician MM Keervani, but he is trying to make his mark in the Telugu movies by choosing different subjects. Dongalunnaru Jaagratha starts off interestingly and creates the thrill up to some extent, but movie looses it’s path with some unnecessary comedy scenes in between. Though the movie had some thrilling movements, we might feel that something is missing from the movie, that makes the movie look uninteresting. There are few moments in the 1st half and the later half that will thrill the audience and entertain them, but the overall movie looks uninteresting.

While it comes to acting, most of the scenes in the movie are focused on the protagonist stuck inside a car and shot in a closed & limited space that makes the actor to perform in extreme close shots. Simha Koduri had tried his best to manage with his acting throughout the movie, but as most of the scenes are shot in extreme close, his inexperience can be observed clearly. He has some comic timing, but while it comes to other emotions, Simha seems to be struggling with his performance, but he can improve in the future. Samuthirakani has limited screen presence, but did a decent job and all other actors did their part in the cameo roles offered to them.

Technically Dongalunnaru Jaagratha looks okay. Background music composed by Kaala Bhairava is good, his music adds up the thrill to some scenes while watching on screen. Cinematography by Yeshwanth C should be appreciated for his hard work. Though most of the scenes are shot inside a vehicle, he tried to use different angles to create the difference in the shots. Production values of the movie are okay.

Overall, Dongalunnaru Jaagratha is a good survival thriller, but lacks the thrill in few scenes. You can watch this in theatres, if you want to experience the first survival thriller in Telugu.