Don Telugu Movie Box Office Collections: A much-awaited Sivakarthikeyan film Don has finally released yesterday May 13, 2022, in Tamil and Telugu languages. the film has got decent reviews, but there is big film Sarkaru Vaari Paata grabs the attention of all the audiences, that’s why Don’s first day collections are not well, Sivakarthikayan’s film Doctor was collected in Telugu states around 3.7 crores on its first day but Don movie has collected on its first day around 2.3 crores. The film needs to collect a lot for the break-even, let’s hope the film does well in the coming days. 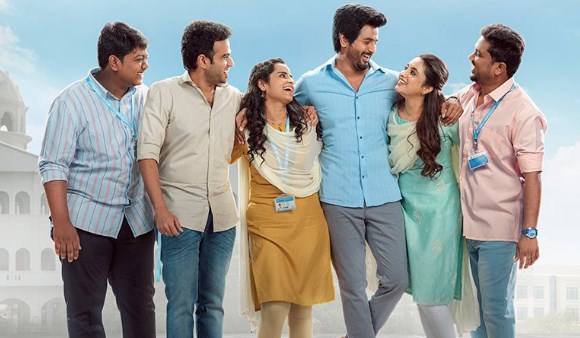 Don starring Sivakarthikeyan, Priyanka Mohan, SJ Suryah, Samuthirakani, and Soori, the film was directed by Cibi Chakaravarthi, the cinematography was handled by K.M Bhaskaran, music was composed by Anirudh Ravichandran, and the film produced by Subaskaran & Sivakarthikeyan under the banner of Lyca Productions in association with Sivakarthikeyan Productions.

Don movie talk has been positive but the collections are completely opposite because of the Sarkaru Vaari Paata. Don has collected on its first day around 2.3 crores which is very less compared to Doctor film. However, the film’s pre-release business has done around 9 crores except for digital rights. However, the film needs a lot to the break-even, lets’s see how the film will do at the Box Office in the coming days.