Don Telugu Dubbed Movie Review: Sivakarthikeyan is one of the most underrated actors in the Tamil Industry, He got an immense following after the success of Doctor in Telugu. With that confidence, he comes up with an action comedy-drama film called Don. Don is a much-anticipated film in Tamil, However, Don has finally released in Telugu on May 13, 2022, and the film has been getting some decent reviews from the critics as well as the audience. So let’s delve into the in-depth review of Don, and let’s know whether the film is worth watching or not. 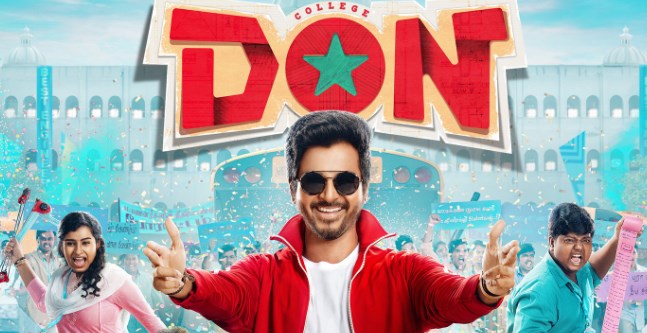 Don film revolves around college life, Where Don(Sivakarthikeyan) easy-going college guy, from his childhood his father always tells him about the importance of education and education only fetch you the success but he is not interested in education and he is in a search of finding his talent and became master in that, meanwhile he became trouble maker for the teachers and principle because he stands out students problems, However, the story takes a different turn when one his friend’s death. Finally, will he find his talent? What happened after his friend’s death is the rest of the tale.

Don starring, Sivakarthikeyan, Priyanka Mohan, SJ Suryah, Samuthirakani, Soori, and others, the film was directed by Cibi Chakaravarthi, Cinematography has done by K.M Bhaskaran, Music has composed by Anirudh and the film produced by Subaskaran & Sivakarthikeyan under the banner of Lyca Productions in association with Sivakarthikeyan Productions.

Sivakarthikeyan is not just an actor he is one of the producers of this film and he is a good lyricist also. Coming Don, the story of the film is not new, as we have seen many films dealing with college life, students problems, etc, but what made Don engageable is, a comedy, comedy worked out quite well, you can sit 2 and half hours just for the comedy, other than there is lack of emotions in this film, director failed in blending emotion.

The movie flow has ups and downs, where the movie starts off well but after 15 min it falls under regular college drama. but in the proceedings, the director Cibi Chakaravarthi has addressed one of the key issues about self-finding, where a lot of people live for others instead of living for them, and that point will connect to many youngsters.

The first half went out with funny scenes and songs there is nothing new we can see in the first half, but the second half gets interesting when the cat and mouse fight begins between student Don and Principle, and the climax could have been better.

Sivakarthikeyan has just killed it with his screen presence and SJ Suryah as Principle is just speechless, we all know the acting capability of SJ Suryah, Soori has justified his role, Priyanka Arul Mohan looks cute but she doesn’t have any scope to perform and rest of the cast did well.

K.M Bhaskaran’s cinematography is not up to the mark, Anirudh’s music never disappoints and Sivakathikeyan and Anirudh have become a hit combo. rest of the technical team did their part well.

Finally, Don is a one-time watchable film, and Don is must watch film for youngsters.