Here are the latest updates of Dia Telugu Dubbed Movie Release Date in OTT & Digital Rights and more. Dia (2020) is the Kannada romantic drama directed by KS Ashoka, The film stars Pruthvi Ambaar, Dheekshith Shetty and Kushee Ravi in the lead roles. The technical crew includes B. Ajaneesh Loknath for music, Vishal Vittal and Sourabh Waghmare for camera work and Naveen Raj for editing. Dia was produced by D Krishna Chaitanya under the banner Sri Swarnalatha Productions. Now the makers are releasing the film in Telugu language, already they have released the songs of Dia (2021) in Telugu. 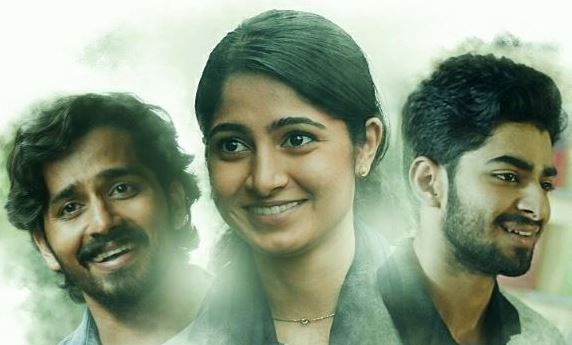 The Kannada original version was released on the OTT platform Amazon Prime Video, garnering a lot of attention from the audience across India. Now the movie has been getting several calls from filmmakers in various languages. However the makers are planning to dub the movie in Telugu now. So we can expect the movie very soon in theaters ad OTT platforms.

The film gained attention in a big way even from non-Kannadiga viewers after its OTT release, and has several filmmakers competing to bag the remake rights. While the filmmakers are gearing up for the re-release, plans are on to remake Dia in Telugu and Hindi. Reports are that director KS Ashoka, who had directed the original version, will be handling the Hindi remake as well. Reports earlier said that Samantha Akkineni may be roped in for the remake, but it is too early to speculate.

The official release date will be announced soon by the makers