Dhanush’s Nene Vasthunna Movie Review: Dhanush who basked the success with Thiruchitrambalam in Tamil and Telugu as well, Dhanush didn’t promote the film in Telugu but the Telugu audience loved the content, and even now he is not promoting his upcoming film called ‘Nene Vasthunna’ surprisingly makers haven’t even promoted the film in Tamil as well and they didn’t drop the trailer, Despite the fact the film has finally got to released today September 29, 2022, well, let’s delve into the in-depth review and find out whether the film is worth watching. 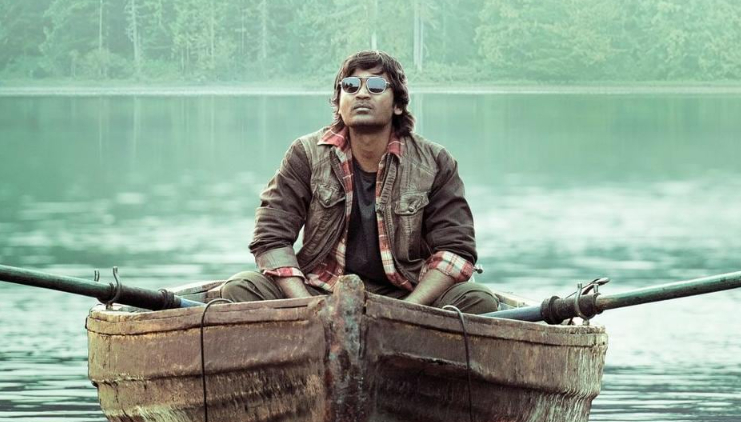 Nene Vasthunna narrates a guy who lives with his family in Ooty where he owns a resort, In the film Nene Vasthunna, starring Dhanush, the protagonists are two people who appear eerily similar to one other.

Dhanush and Selvaragavan made some classic films like ‘Pudhupettai’ ‘ Kadhal Kondein’ and ‘Mayakkam Enna’,  However, the expectations got twofold since the announcement of Nene Vasthunna and a lot of fans and moviegoers thought that another film is going to add their hit list, unfortunately, the movie didn’t seem like that.

The movie starts off interestingly by establishing the key characters and plot, the premise of the film engages you for a while but the drama is unbearable, and dead slow narration lost the interest of the viewers to watch the first half, sadly Dhanush couldn’t save the film, Second half gets interesting when protagonist backstory starts and his childhood trauma is quite convincing for his odd behavior.

The twists associated with Dejavu in the film engage the audience to some extent and Dhanush brilliantly portrayed a dual role as a family man he is just cool and effortless and another character which he portrayed as a psycho is just next level as he shows his mettle in that role, Elli Avaram, Induja did their best and Selvaraghvan once again made his mark as an actor and rest of the cast did well.

Selva Raghavan is one of the finest and most unique filmmakers in Indian Cinema, his writing, his taking, and his character’s development is unlike any director, as director he did his best for Nene Vasthunn but he failed in engaging the audience with his narration.

Technically, Nene Vasthunna is okay as Om Prakash captured some beautiful visuals of Ooty, a few extreme close-ups of the characters and a few blocks grabbed the viewer’s attention and Yuvan Shankar Raja’s songs are not up to the mark in Telugu and Tamil as well but he made his mark in back ground score and rest of the technical team did their best.

Overall, Nene Vasthunna is only for those who love different films.