Raviteja has been acting in back-to-back movies despite the outcomes, but the truth is that we haven’t seen the old Raviteja in a while, and this movie, Dhamaka, seems to have brought him back. Well, Dhamaka was released on December 23, 2022, and from day 1 across the world, it has got positive reviews. The film Dhamaka has a tagline called Double Impact and for sure Dhamaka is a double dhamaka in theaters. Vishwa Prasad produced the film under Peoples’ Media Factory and Abhishek Aggarwal Arts. 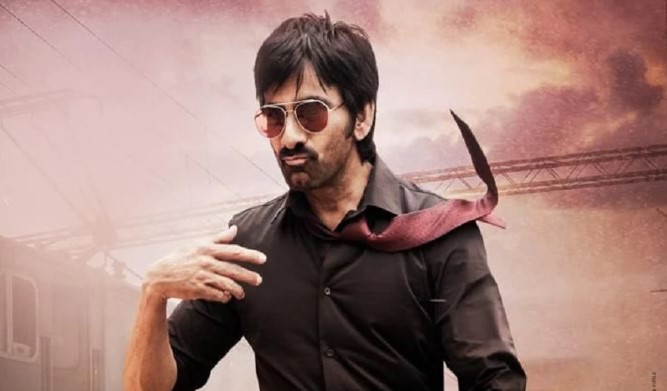 Swamy and Anand (both played by Ravi Teja) look the same, they are from different places and have different problems. Pranavi (Sreeleela), a young and pretty girl, falls in love with both of them when things get complicated. How did Swamy and Anand figure out what was wrong? Who did Pranavi choose in the end? Or does the story have a twist?

Dhamaka was released on December 23, 2022. If you missed at the theaters this double dhamaka flick and would like to watch a full movie then you need to wait for a while. If you want to know where to watch the Dhamaka movie well, the film’s digital rights were acquired by Netflix and we can expect the digital premier after the successful run at the theaters, makers will announce the OTT release date and OTT price details very soon until then, stay tuned with us.

Despite the outcome, Ravi Teja is known for playing energizing roles, and he makes sure to keep up his vigor to please his viewers. The movie Dhamaka fits into the same category; it is a pure commercial production that offers nothing novel, yet it is the total work of the one and only Ravi Teja.

Moviegoers loved to see Raviteja in energetic and entertaining roles and the Dhamaka teaser and trailer grabbed the audience’s attention and made them come to the theaters. If you would like to watch the trailer and you can have a look here.

Raviteja films are always visually stunning; from Krack to Dhamaka, each film was produced on a large scale. Though his previous film was a flop, Dhamaka’s producers haven’t compromised on making a quality product, however, Dhamaka was made with a whopping budget of around 40 crores, and now the film has already crossed their break-even point. Since day one, the film has collected approximately 9.9 crores worldwide, and it has now collected approximately 49 crores.

Though the story is not new, from the audience and critics Dhamaka has got positive reviews and ratings and the research is Ravi Teja’s screen presence, be it a comedy, be it dance, be it fights in every aspect he just killed it. As we talk about IMDb ratings Dhamaka has got around 7.1/10 with 3070 votes which was quite an impressive rating though.

Dhamaka has created a rage at the box office and now all the cinephiles have been waiting for its digital release, well the film’s digital rights were bought by Netflix and it will take at least 60 days to release it on Netflix. Raviteja is currently busy with films like Tiger Nageshwar Rao, Raavanasura, and a few untitled projects.