Delhi Crime 2 Series Review: The first season of the web series Delhi Crime premiered on Netflix to widespread acclaim and multiple prizes at international film festivals despite the creators’ lack of preconceived notions about the show’s reception. In light of the first season’s evident popularity, production on a second has begun, and as of August 26, viewers can watch it online on Netflix. Let’s go into the review of this brand new TV show to see if it’s worth our time. 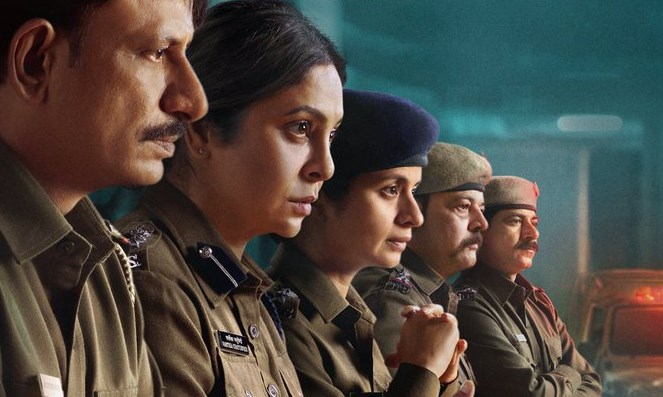 A couple in their golden years is murdered in Delhi, and the police begin their investigation. After a few days, another married couple is gunned down, and so on. It’s not uncommon for police to arrest persons of lower socioeconomic status who live in slums. DCP Vartika Chaturvedi finds herself in a difficult position because there are no conclusive signs pointing to the slum residents as the perpetrators of the atrocities.

Shefali Shah, Rasika Duggal, Adil Hussain, Anurag Arora, Siddharth Bhardwaj, and Gopal Dutt are just a few of the actors featured in the series. Tanuj Chopra and Rajesh Mapuskar are the film’s directors. It’s produced by SK Global Entertainment, Golden Karavan, and Film Karavan. Dialogues are written by Sanyuktha Chawla Shaikh and Virat Basoya, while the show is created by Mayank Tewari, Shubhra Swarup, and Ensia Mirza. This thriller’s score was written by Andrew Lockington.

The first season of this show was inspired by a true crime that sent shockwaves throughout the country and told from the perspective of the police investigation into the case. There are a lot of extra components in the plot of Season 2 that make it look a bit too cinematic. But the series keeps you interested by revealing the persistent persecution and racial disparity in India. The film has a number of shocking sequences that force the audience to consider the plight of those who live in slums.

Shefali Shah once again demonstrates her acting chops, convincing us that she is a real person and making the on-screen events appear natural. Another actor who never fails to wow when given a chance is Rasika Duggal. Adil Hussain, despite his small role, performed a terrific job in the show. There weren’t many standout performances from the performers cast as slum dwellers, but everyone else carried out their duties capably.

The production values of this show are excellent. The score that Andrew Lockington composed for the background is a high point of the show. His great score for the show helped to enhance many moments. The cinematography is superb, setting the appropriate tone for the picture, and providing shots that are suitably dark to draw the viewer into the series’ milieu.

Tanuj Chopra and Rajesh Mapuskar managed to engage the audience in the story, and the quality of their production was satisfactory.

To sum up, season 2 of Delhi Criminal is another crime drama that succeeds because to its gritty realism and compelling storytelling.