Darja Movie Review: Darja is the movie directed by the debutant Saleem Malik starring the Comedian and Hero Sunil the main lead. TV anchor Anasuya Bharadwaj plays an important role in the movie and that got the attention of the audience. Movie done a decent business and released in few theatres. Let’s get into the in depth review of the movie and find out if this movie is worth watching. 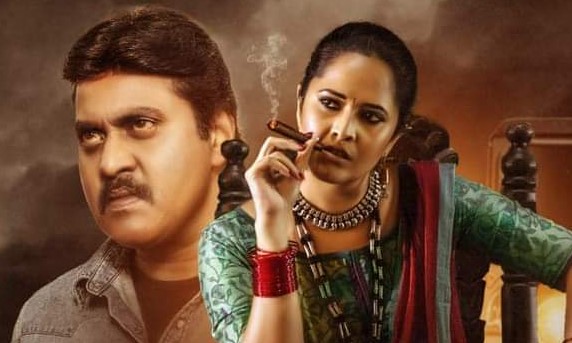 Kanaka Mahalaksmi is a local don, who operates everything in Bandhar city and known for her ruthlessness. Cheap liquor made by her goons takes the lives of many people in the city. As everyone including the police are terrified by her, ACP Shiva Shankar is transferred to the same city to get the crimes under control. The face off and the clash between these two powerful characters makes the rest of the story.

Movie stars Sunil, Anasuya Bharadwaj in main roles, while Shakalaka Shankar, Aksa Khan play important roles. Movie is directed by Saleem Malik and made under the production of PSS Entertainments’ by Siva Sankar Paidipati. Music is composed by ‘Rap Rock’ Shakeel, Darshan is handling the camera and editing is handed over to MR Varma.

Movies that are purely made to entertain mass audience gain more profits. Darja is one such movie that targets the mass audience, yet fails to engage them with it’s weak script and uninteresting making. Right from the beginning movie offers some age old scenes that audience have watched since years and makes you feel uncomfortable at every step. There is no proper characterization or the conflict that could create interest among the audience and ends in very routine way.

Sunil tries his best to pull off the role as a sincere police officer, but it is hard to see the actor in a serious role with a husky tone throughout the movie. Anasuya Bharadwaj performance makes us feel that she is good only for the small screen and doesn’t look good in the negative shades role. All the other actors did a decent job with the given roles.

Technically movie looks very average. Music and the background score provided by ‘Rap Rock’ Shakeel is too loud. Cinematographer Darshan doesn’t impress with any of his shots and scenes look a little over saturated at times. Director Saleem Malik made a film with an age old script and making style that will not create any interest for the audience with some poor performances.

Finally, Darja is strictly for the audience who love the commercial entertainers that has nothing new to offer. You may watch it in theatres if you are a hardcore fan of Sunil or Anasuya Bharadwaj.