Criminal Justice Telugu Dubbed Season 3 Review: The British series Criminal Justice was a huge success, so the Indian streaming service Hotstar adapted it into Hindi. Season 2 was released after the success of the first season gave the creators the confidence to do so. The third season of the show has finally been launched, and viewers may find it on Hotstar as of August 26. Let’s not dally and instead launch into a thorough analysis of this courtroom drama. 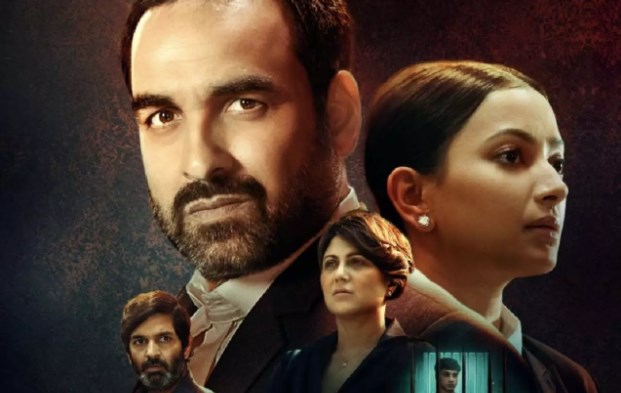 Avanthika Ahuja appears to Madhav Mishra’s door to ask him to investigate the death of her daughter, child actress Zara Ahuja. Mukul Ahuja, sister Zara’s brother, is the main suspect in this murder case. Madhav Mishra agrees to help Avanthika Ahuja out of a jam by solving the murder of her sister, Zara.

This criminal drama set in a courtroom is an official remake of the British original, and while certain adjustments were made to make it more accessible to an Indian audience, the first season is largely faithful to the British original. Season 2 was enjoyable as well, largely due to Pankaj Tripathi’s stellar work. The third season now has the suspenseful elements necessary to draw in viewers, and the showrunners have succeeded once more in delivering an intriguing crime thriller in which the specifics are gradually revealed over the course of the series.

Once again, Pankaj Tripathi gives a portrayal so endearing that viewers will come to adore his character. Even though he has a clear talent for acting, the Hindi cinema business continues to pass him over for major roles. One other actor in the series who will catch your eye is Aaditya Gupta. When it came to her legal career, Shweta Basu Prasad excelled as well. Swastika Mukherjee and the rest of the cast performed a great job with their roles.

According to the rules of Criminal Justice, each season is fine. The series’ score fits the mood of the scenes well and, at times, even appears dispassionate. The cinematography is amazing, even if the vast majority of the film takes place indoors. Good enough production values.

To sum up, Adhura Sach’s Criminal Justice is a great show. Pankaj Tripathi’s natural acting in this is reason enough to check it out.