Crazy Fellow Movie Review: Despite the flops, Adi Saikumar has been doing back-to-back films, interestingly, Adi Saikumar did almost 9 films in the span of 1 year, and still it’s a mystery how he is getting back-to-back offers, However, the trailer failed in creating buzz but after the pre-release event the film has created a good buzz because Sharwanand graced the event, However, Crazy Fellow got released today October 14, 2022, and without any delay let’s dive into the in-depth review and find out whether the film is worth watching or not. 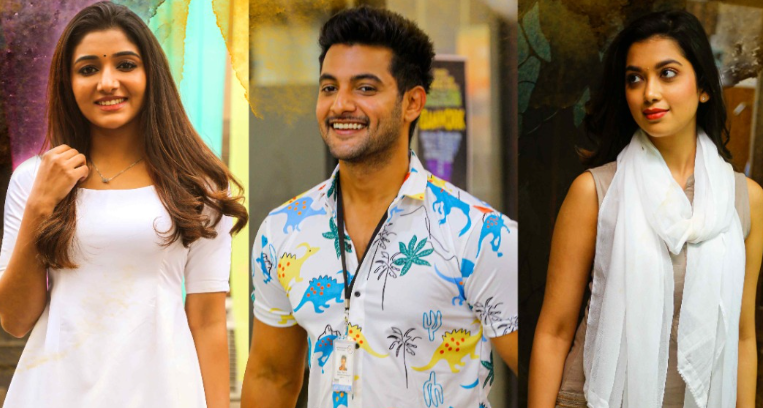 Crazy Fellow narrates the story of a boy named Nani (Adi Saikumar) Nani has the flaw of not listening to anything completely and falls in love with a girl named Bala Tripura Sundari, but Nani’s troubles start when he accidentally falls in love with another girl. Finally how he copes up with the problem forms  rest of the story

Adi Saikumar has done back-to-back ‘9‘ films in 1 year, sadly none of the films did well, surprisingly he again proved that he never change with the film called Crazy Fellow as the film is going to another flop in his career.

The movie has nothing to talk about, there is no proper story, at least the comedy should have been better so that the film might engage to some extent, throughout the movie we just see an outdated story, forcible comedy, and lackluster performances, The film tests the audience’s patience.

Adi Saikumar as Nani as usual routine you can’t expect more from him, better if he quit movies and do something else, I’m still wondering how his films getting profits, Digangana Suryavanshi, and Mirnaa Menon are just okay as there is no scope to perform, Saptagiri is also couldn’t save the film and rest of the cast did just okay.

Phani Krishna Siriki said in an interview that the film will entertain all section audience but after watching the film none of the sections will engage with the film, he completely failed as a writer and director.

Technically Crazy Fellow looks below average as Sathish Muthyala’s cinematography is not so impressive, RR Dhruvan songs didn’t register and his background score was also not up to the mark, and the rest of the technical departments did well as per the story requirements.

Overall, Crazy Fellow is an outdated story, it’s tough to sit for 2 hours, if you have nothing to left then go for it.