Commitment Movie Review: Lakshmikanth Chenna who impressed with the movie titled ‘Hyderabad Nawab’, tried his luck as a director later with the movie ‘Ninna Nedu Repu’ that released in 2008, which went unnoticed. After a long gap director has come up with another project titled ‘Commitment’, which is released in theatres this August 19. Let’s get into the in-depth review of this movie and check out if this movie is worth watching our time. 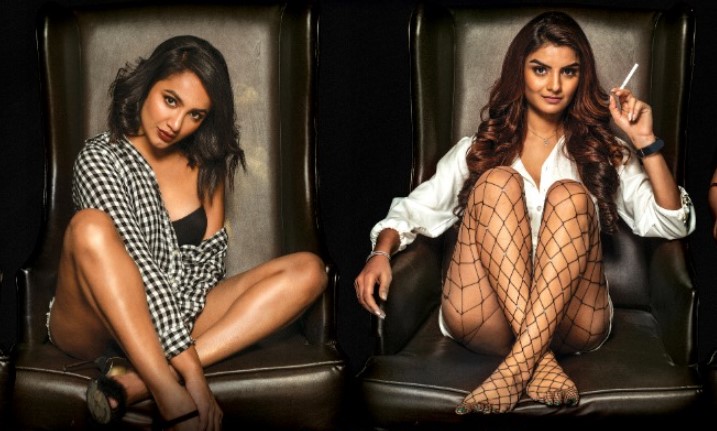 Commitment is a story about the lives of 5 women struggling to settle down with different dreams and aims. An upcoming actress, a sexologist, a teenager, a student and a junior doctor experience the same issue in their life, where people around them ask for the commitment (sex) to give them what is needed. The connection between these characters and the decision they made to stop this harassment of women in the name of commitment, forms rest of the story.

Movie is completely focused on the situations that took place during the “Me too” movement. Most of the scenes are designed with eroticism that could connect with the mass audience, however those scenes lack the intensity and miss the point that should be delivered. Story point of the movie is interesting, but the way it is dealt on screen looks immature. Movie could have been better, if taken care of the writing.

Tejaswi Madivada is good in some scenes as a struggling actor, Ramya Pasupuleti has nothing much to do in her role. Other leading actresses also did a decent performance in given roles and they are used more for skin show and adult scenes in the movie. All other actors like Raja Ravindra, Amit Tiwari did their part well.

Technically movie looks very average. Songs and background score composed by Naresh Kumaran is okay. Cinematography by Sajeesh Rajendran and Naresh Rana is not up to the mark. Production values of the movie looks poor and seems that the movie is made on limited budget with many compromises in the shoot.

Director Lakshmikanth Chenna failed to impress the audience with the movie, though the premise is interesting on paper.

Finally, Commitment movie will entertain the section of audience who watch adult scenes to some extent.