Cobra Movie Review: Long awaited film Cobra starring Chiyaan Vikram in the leading role has released in theatres today on August 31 after multiple postponements. Vikram is seen in different getups once again, that has been already revealed in the trailer of the film. Vikram scored a hit years back and all his recent films didn’t fare well at the box-office, however his recent OTT release Mahaan was considered a hit and audience were elated to watch Vikram perform in the role of Mahaan Gandhi. As his new film Cobra is now running in theatres, let’s get into the detailed review of this film, to know if this film is watchable in theatres. 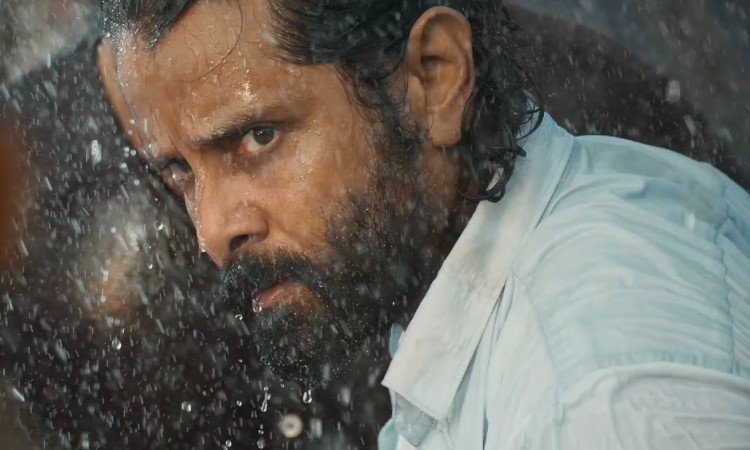 Mathi works as a mathematician teacher in Chennai city and also teaches the poor students from his community. On the other side of the story, multiple crimes takes place in the other countries and the police department is left clueless after thorough investigation. What is the connection between Mathi who works as a mathematician and the crimes taking place in other countries, who is Bhavana & Rishi, how did Aslan the police officer deal with this case, these questions will be answered by the end of the film.

Cobra starts interestingly though the story of this movie is very simple and narrated with a non-linear screenplay that makes us keep guessing what is going to happen next in the story. First half of the film has some moments that will keep us engaged and interval scene increases the interest more. But later half of the film losses it’s track and becomes more predictable. Few action sequences in the later half of the film will blow your mind. To know the importance of Hallucination point and multiple looks of Vikram in this film, you need to watch the movie in theatres and we do not want to spoil your excitement by revealing everything in this review.

While it comes to acting Chiyaan Vikram once again proves why everyone applaud him for his versatility. Makeup of his multiple getups look odd in some frames, but we completely forget about these minor flaws with the performance of Vikram. Srinidhi Shetty was okay in her limited role. Cricketer Irfan Pathan is seen in an important role and he has managed to pull of his character in few scenes, but his inexperience can be seen in few other scenes. Roshan Mathew will steal the show with his performance in a negative role. Robo Shankar makes us chuckle in few scenes. Mirnalni Ravi and other actors did their part well as needed.

Technically Cobra looks good. Music director A. R. Rahman composed decent songs in the movie and ‘Tarangini’ song remained my favorite from the movie. Background music composed by Rahman is one of the major highlights in the movie, as it elevates the scenes as needed and looks apt with the emotions on screen. Cinematography by Harish Kannan is good in parts but not completely satisfactory, scenes shot in foreign locations look stunning on screen. Production values are high, but the team should have concentrated a little more on VFX. Fights composed by Dhilip Subbarayan will definitely attract the mass audience.

Ajay Gnanamuthu, who have delivered Demonte Colony and Anjali CBI earlier was partially successful in entertaining the audience this time. The storyline of the film looks very thin with nothing new to offer, but he somehow engaged the audience with the screenplay.

Overall, Cobra is engaging to watch in parts and it is a much better movie when compared to Chiyaan Vikram’s  last few theatrical released movies.