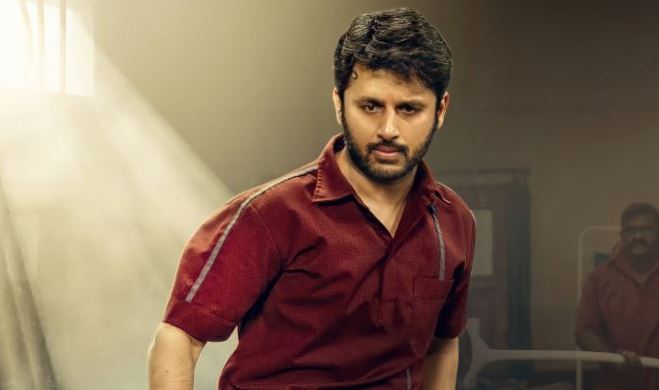 Chandra Sekhar Yeleti is one of the most underrated filmmakers in India directed Nithiin for the first time. Nithiin, Rakul Preet Singh, Priya Prakash Varrier & many more actors have taken part in this film. Directed By Chandra Sekhar Yeleti. Produced By V. Ananda Prasad Under Bhavya Creations. Shoot Under Progress.

Chandra Sekhar Yeleti who has seen many industry hit movies like Anukokunda Oka Roju, Aithe, Okkadunnadu, Prayanamm, Saahasam and Manamantha is coming back with Check after a long gap. In this film, Nithiin will be seen as a Chess player while Rakul Preet Singh will be seen as a Lawyer, Priya Prakash Varrier playing another  female lead role and love interest of Nithiin in the film. Actor Samapath playing the Police officer role.

Aditya(Nithin) is one among five terrorists who is given death sentence by the court of law. He hires a lawyer(Rakul Preet Singh) to fight his case but does not have much luck. During his stay in jail, he learns Chess and becomes a master at it. The rest of the story is as to how Aditya uses the game of Chess to prove that he is not guilty.