Charmy Kaur Wiki and Biography: Surdeep Kaur, who is also known as Charmy Kaur, was born on May 27, 1987. She also acts in Indian movies and is a co-owner of a talent marketing and management company. She also runs Puri Connects, a production company that puts on media events. She is best known for her work in the Telugu film industry, but she has also worked in Tamil, Malayalam, Kannada, and Bollywood. 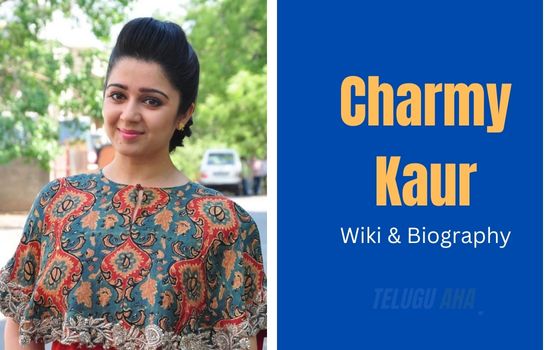 She went to the Carmelite Convent in Vasai, India, to finish high school. She started working in movies when she was young, and because she was always on set, there is no information about where she went to school.

Charmy Kaur was born on May 17, 1987, in India. She is a producer and actor. Her name can also be spelled Charmme or Charmi. Her main work has been in Telugu movies, but she has also had small roles in Tamil, Malayalam, Kannada, and Hindi movies. She has been in over forty movies.

Charmy Kaur was born in Vasai into a Punjabi-Sikh family. Deep Singh Uppal and Deepak Kaur Uppal are her father and mother. She went to the Carmelite Convent in Vasai, India, to finish high school.

She made her first movie appearance in the Telugu film Nee Thodu Kavali when she was 15 years old (2002). Even though the movie didn’t do well at the box office, Charmy became more well-known in the south Indian film industry because she was in it.

Then, she was in T. Rajendar’s Kadhal Azhivathillai with Silambarasan. At that time, she was in the Malayalam movie Kattuchembakam, which was directed by Vinayan. Her comeback to Telugu movies started with Srikanth’s Neeke Manasichaanu. After that, Krishna Vamsi’s Sri Anjaneyam and Ravi Teja’s dramatic role in Chanti were among the movies she was in. Her big break came when she was in the Telugu movie Gowri with Sumanth.

Charmy and Ravi Teja worked together in Dongala Mutha by Ram Gopal Varma. In 2012, she was in several movies, like Yaare Koogadali, Naayak, and Dhamarukam. She then had small roles in Hindi movies like R… Rajkumar and Zila Ghazabad. Her most recent role was in Puri Jagannadh’s Jyothi Lakshmi. Pratighatana was her 50th movie, and she played a journalist in it.

Charmme Kaur co-produced the movie Rogue, which was in both Telugu and Kannada and starred a new actor named Ishan, and the movie Paisa Vasool, which starred Nandamuri Bala Krishna. She also produced her own movie, Jyothi Lakshmi. Puri Jagannadh, who is well-known in South India, was in charge of all three movies.

“Puri Connects” is a production company that also does marketing and media-related events. She is working with her close friend, director Puri Jagannadh, on the co-production of the movie “Mehbooba” under the “Puri Connects” banner.

Puri Jagannadh will also direct the movie and co-produce it under his Puri Jagannadh Touring Talkies banner. He wants to get his son Akash Puri into the movie business. In May 2019, Charmme Kaur said that she would stop acting and focus on making movies instead. Charmme Kaur and “Puri Connects” are putting together the upcoming Bollywood movie Liger with the help of Dharma Productions.