Boyapati Srinu Wiki and Biography: Boyapati Srinivas is an Indian screenwriter and director who is also known as Boyapati Srinu. Masala films are what he’s known for in Telugu movies. His most recent movie with Nandamuri Balakrishna Akhanda has been a big hit at the box office. Boyapati Srinu has won two state Nandi Awards for the work he has done. 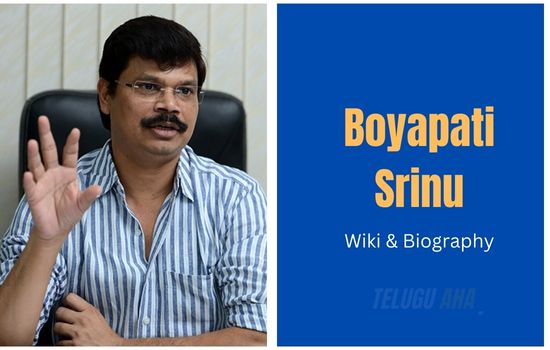 Boyapati Srinu was born on April 25, 1970, in the state of Andhra Pradesh. He went to Nagarjuna University after he finished his intermediate studies. Because he liked photography, he also became a part-time reporter for Eenadu. Then, in 1997, he worked at Muthyala Subbaiah Studio as a director with the help of his cousin Posani Krishna Murali. He married Vivekha, and together they have three happy children.

Boyapati Srinu went to Guntur’s JKC College to get his intermediate diploma. After that, he went to Nagarjuna University. His family owns a business that takes pictures. He loved photography and worked part-time as a reporter for the Eenadu Newspaper. Posani Krishna Murali, who is his cousin, told him to work in the direction department. Boyapati worked with him on movies like Oka Chinna Maata, Gokulamlo Seetha, and more.

Boyapati Srinu’s first full-length film, Bhadra, came out in 2005. Tulasi was the second movie he made. Boyapati’s third movie of 2010, Simha, was a huge hit at the box office. After that, he went on to direct hit movies like Dammu, Legend, Sarrainodu, Jaya Janaki Nayaka, Vinaya Vidheya Rama, and the most recent one, Akhanda.