Bloody Mary Telugu Movie Review: Aha Telugu’s original OTT platform is doing phenomenal in terms of making original movies and web series when Aha was started no one has an expectation that the OTT platform does well, but Aha delivers such amazing content, in the future, we can see more interesting content. so Bloody Mary starring Nivetha Pethuraju in the main lead and Chandoo Mondeti’s directorial film got released today April 15, 2022, on Aha. let’s see whether the movie is worth watching or not. 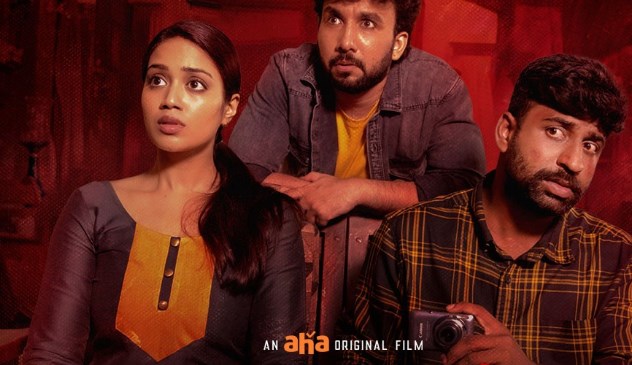 Bloody Mary story depicts the lives of Mary(Nivethe Pethuraju), Raju(Raj Kumar), and Bhasha(Keeriti), the trio is accidentally struck in a dangerous situation one night, then they try to escape from the situation, what is that situation? why they involved in the dangerous situation? who is Mary and why she becomes so Bloody? is the rest of the tale.

Bloody Mary stars Nivetha Pethuraj, Brahmaji, Ajay, Kireeti and Raj Kumar and others the film was directed by Chandoo Mondeti, written by Prashanth Kumar Dimmala, while the cinematography has done by Karthik Gattamaneni, Music ahs done by Kaala Bhairava and the film produced by TG Nageshwar Rao under the banner of People Media Factory.

Bloody Mary was happen in one night but the nonlinear screenplay goes to the past and future, the film starts off well and without taking much time to introduce the characters director Chandoo Mondeti directly jumped into the story which was the best to hook the audience.

The film deals with a point called Karma. and in the film why the trio struck in the dangerous situation and the reason showcased with their past incidents and which was brilliantly captured by the director.

Nivetha Pethuraj as Mary did well as she needs to improve her acting skills, but when the twist revealed scenes that why she became so violent and about her past, she has performed brilliantly and the rest of the cast did their part well.

Director Chandoo Mondeti dealt quite well and he addresses some physiological aspects which were quite brilliant in the film.

Finally, Bloody Mary is worth watching movie, there are flaws but kept aside the film is a must-watch film.