Bimbisara Movie Review: Kalyan Ram is known as a commercial action entertainer, However, for the first time he is doing a socio-fantasy film called ‘Bimbisara’, the film raised expectations with the trailer as Kalyan Ram looking in never before avatar, Despite the fact that the film got released today August 05, 2022, with humongous expectations well the film has been getting some decent response from the audience and critics as well so without any delay lets delve into the in-depth review and find whether the film is worth watching or not. 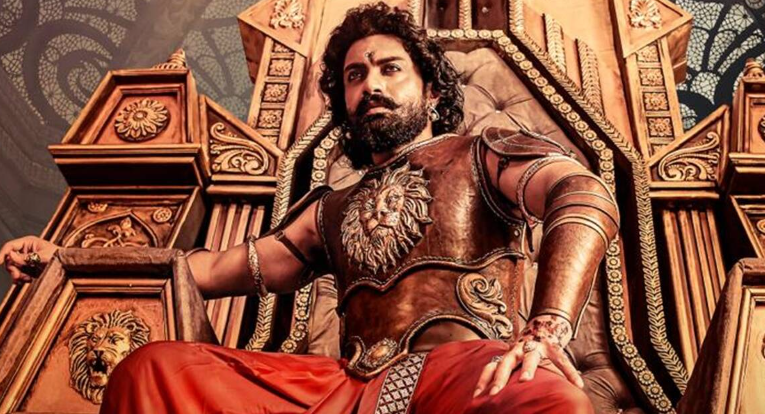 Bimbisara evidently runs in two timelines where a  great emperor called Bimbisara who declared himself as  God and Demon rules Trigartala Samrajyam where he decided to conquer the world, on the other timeline a person looks exactly like Bimbisara where the goons try to kill him with no reason, however, later he gets to know that he is the only person who can open the treasure trove of Bimbisara, Finally, How the two worlds collide is forms the rest of the story.

Nandamuri KalyanRam, Catherine Tresa, Samyuktha Menon, Warina Hussain, Vennela, Prakash Raj, and others, and the film was written and directed by Vassishta, while the cinematography has done by Chota K Naidu, Music composed by M. M. Keeravani, Edited by Tammi Raju and the film Produced by Harikrishna K under the banner of NTR arts.

Socio Fantasy movies are not new for Telugu audiences from the senior NTR time period to Bahubali we have seen many socio-fantasy films but what made Bimbisara is looks something new is the time travel concept as its not just like time travel from past to present and present to future, this tale runs in the parallel world there no connection with two timelines but how the director connected it is brilliant that whole thing you need to experience on the theaters.

Well the film starts off well with a solid action block and that marks Bimbisara’s introduction, later it goes almost 30 min to showing Bimbisara’s cruelty, however, the first half of the movie went with Kalyan Ram’s performance as Bimbisara and with some action blocks and ends with interval bang and later half shifts into Hyderabad where in the beginning falls flat but once a current timeline guy experience the Bimbisara soul from there to climax hooked the audience.

Bimbisara has not a unique story but the premise and protagonists’ negative shades make you interested to watch the whole film, however, there are flaws as the love story didn’t land well and few songs forcibly placed in the screenplay, and a few logics were missing, although the film engages with a fine performance by Kalyan Ram and few twists.

Kalyan Ram shines in two characters as he shows mettle in his acting should appreciate for his transformation for the character and he is too good in dialogue delivery Bimbisara has a stellar cast but Vishwanandan Varma’s ( Prakash Raj) character stands out.

Kudos to the director Vassishta for bringing this complicated story on screens as he succeeded in engaging the audience, However, he could have concentrated more on writing a child character although it is the soul of the film apart from that he has done a good job.

Technically Bimbisara looks grandeur Chota K Naidu’s visuals are partly good, most of the scenes were over-saturated and graded with heavy color tone and M.M. Keeravani’s songs are not up to the mark but he showed his experience in Background score and rest of the departments did their best.

Finally, Bimbisara is a decent socio-fantasy film that can be watched in all sections of the audience.