Bigg Boss Telugu Season 5 Starting Date, Host & Other Details: Are you curious to know about the details of upcoming season of Bigg Boss Telugu? then have a look into this article. Bigg Boss 5 Telugu Vote Season 5 would have begun around September, if no coronavirus second wave. Latest reports suggest that the showrunners have already shortlisted the contestants for season 5. 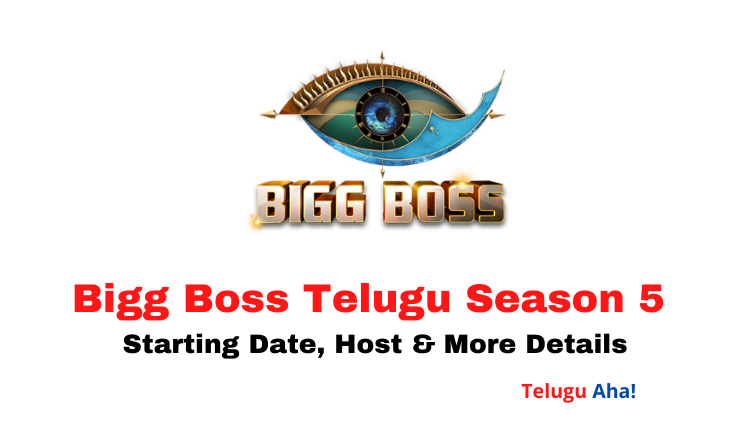 Final contestants have to undergo a two-week mandatory quarantine to check for COVID-19 symptoms before the show start. Moreover, All the organizers, workers involved in the production of the show will take the required medical tests before the launch of this show. Currently, the showrunners are involved in the Bigg Boss Telugu Season 5 Preliminary activities to quick start the show very soon in Star Maa TV.

The previous seasons of Bigg Boss Telugu have become most-watched TV shows in Telugu for four consecutive years, and it is returning for the fifth season with Nagarjuna Akkineni as its host again. The Social media has been abuzz with speculations about the Bigg Boss Telugu Season 5 Starting Date, contestants list, host and a lot more. Now, Star Maa Television preparing for a grand take off mostly in September.

Bigg Boss Telugu Season 5 makers are about to launch the new logo curtain-raiser event very soon on Star Maa TV. For this fifth season also, makers decided to retain actor Nagarjuna as the host of BB5. During this season, we are going to witness new faces from Tollywood along with TV anchors, News Readers, Social Media Influencers and Commoners. Also we can see some wildcard entries who will enter in the game.

Are you for usa and struggling to watch bigg boss 5 telugu? then read this 👇