Bheemla Nayak Movie OTT Release Date: Tollywood’s most awaited movie “Bheemla Nayak” is all set to hit big screens on February 25, 2021. Makers have postponed this movie from January 12 to February because of undisclosed reasons. Bheemla Nayak is the most anticipated movie and is expected to break all 2021 Tollywood movie records in Collections. Sagar K Chandra has directed while it is the remake of Malayalam film “Ayyapanum koshyiyanum” 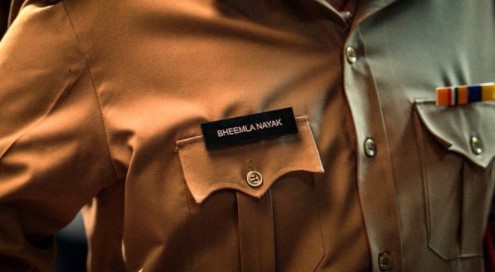 Pawan Kalyan and Rana’s latest movie is the remake of Malayalam Film Ayyapppanum Koshiyanam. Power star is going to appear as a Police officer named Bheelya Nayak and Rana as a Retired Army Havaldar. Both of these men and their egos clash. It is an action thriller film which originally made a blockbuster hit in Mollywood.

Female Leads in this movie is being played by Nithya Menon and Aishwarya Rajesh. Along with the Tamil actor, Samuthirakani is also playing the lead role. Surya Devara Nagavamshi is producing this movie under the banner of Sithara Entertainments.

In October 2020 Makers have announced about Ayyappanum Koshiyum’s remake and went on to floors on January 2021. Shooting later suspended because of Second wave Pandemic. Below are the details of other crew members of this Move.

Digital Straming Rights of Upcoming Bheemla Nayak’s Movie aren’t announced officially. Till now title of the movie was alson isn’t confirmed. But Makers have confirmed that Movie is going to release in theatres on occasion of 2022 sankranthi i.e. on 12th January.

If Every thing goes well and this movie gets release on 12th January 2020 then OTT Release date can be expected around March / April 2022. This is one of the most awaited movie in tollywood. First time Pawan and Rana are appearing together on Big Screen.

Watch Movies only in theatres or on OTT’s. Keep Visting our Website to get the updates of latest Movies OTT Releases, Reviews and Many more.