Bheemla Nayak Movie Review: The most anticipated film of 2022, “Bheemla Nayak,” has opened grandly in theatres worldwide. As it is a star-studded picture, all theatres are sold out. Apart from the film’s shortcomings, Power Star enthusiasts have dubbed this release Celebration. Many have Goosebumps due to Pawan Kalyan’s Maass performance in this film. Though this film is a remake of the Malayalam film “Ayyappanum Koshiyum,” many people viewed it first to enjoy the true fun. Let us delve more into Bheemla Naik’s Review.

Trivikram’s screenplay and lines significantly improved the original. The reduced runtime was the ideal choice and what can we say about Thaman, except that he has done it once more. With his BGM, he elevated the film to a new level. 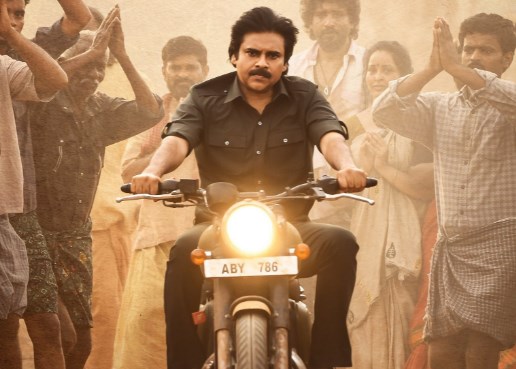 Bheemla Nayak is a Complete Action Drama film. In one line, the Story revolves around a clash between Strict SI and Head weight Retired Army Havaldar. Pawan Kalyan plays the main lead role as SI Bheemla Nayak and Rana Daggubati as Retired Havaldhar Daniel, “Danny” Shekar. One night Danny will be caught in Drunk and drive to SI Bheemla Nayak. He is will taken to the Police station.. But the real story starts when all that leads to the Dismission of SI Bheemla Nayak from his service. Why SI Bheemlaya Nayak was dismissed, what happens, how SI Bheemla Nayak faces the Influential Havaldhar forms the interesting part of the movie.

With Pure Mass Interval, Bheemla Nayak puts in a rather good first half.

The dialogue in the confrontation sequences is nicely written and intriguing. Thaman’s BGM is excellent. The intermission is a feast for the entire community.

Alternatively, the story moves at a glacial pace, with some superfluous rhyming comedy thrown in for good measure.

Trivikram’s screenplay and lines have given the film a greater punch than the original.

The first half of the film is a little slow and could have been better, but it is still rather entertaining. The second half is engrossing throughout and contains some goosebump-inducing scenes.

Fans and the general public are treated to a feast. It will appeal to a broader audience as well.