Bhaag Saale Movie OTT Release Date: Mathhu Vadalara fame Sri Simha Koduri is back with another thriller called Bhaag Saale, as the film’s title was launched way back in 2021 but the film officially launched at Rama Naidu Studios, Hyderabad and many celebrities have graced the event and extended their wishes to the cast and crew, However, Suryakantham film starring Niharika Konidela and Rahul Vijay fame Pranith Bramandapally helmed the film. 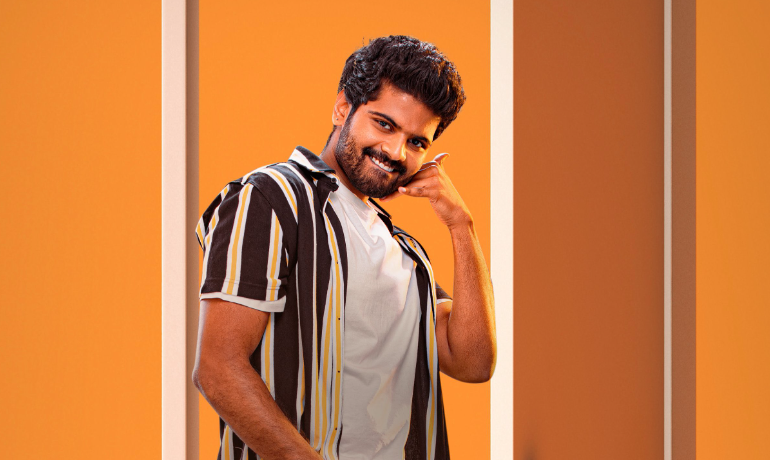 As of now, makers haven’t revealed what the story is about but as we go by the title the film is touted to be an action thriller.

Sri Simha Koduri and Neha Solanki, Rajeev Kanakala, John Vijay, Varshini Sounderajan, Nandini Rai, Viva Harsha & Others, and the film was directed by Praneeth Sai, while the Cinematography has done by Ramesh Kushendar, Music has composed by Kaala Bhairava and the film Produced by Arjun Dasyan, Yash Rangineni, Singanamala Kalyan under the banner of Vedaansh Creative Works.

Bhaag Saale makers have kick-started the promotions as they have dropped a video song called Kootha Ramp, which looks like a catchy beat, and Kaala Bhairava who is become a successful composer as he basked in a solid hit with Karthikeya 2.

Simha rose to fame with his debut film Mathhu Vadalaraa after that he did a few films like Tellavarithe Guruvaram and his recent flick Dongalunnaru Jagrathha which is billed as a survival thriller that failed at the Box Office within 10 days it premiered on Netflix, However, his complete hope in Bhaag Saale and he seems pretty confident about the output, Although, regarding the release makers haven’t divulged yet and also we can expect the information about digital rights after the theatrical release, till then stay tuned with us.

Many notable actors are taking part in Bhaag Saale and makers have spent a budget beyond Simha’s market just to believe in the product and story, however, the films OTT release date hasn’t announced by the makers as we can expect the OTT release after the 45 days of theatrical run, till then stay tuned with us.

Bhaag Saale’s trailer has not been released by the makers but they have dropped a video song of the film, you can have a look here.

When is Bhaag Saale OTT Release Date and Time?

Not Declared, Bhaag Saale movie makers have not yet announced.

Not Declared, Bhaag Saale movie makers have not divulged yet.

Is Bhaag Saale hit or flop?

Not Declared, Bhaag Saale movie has not been released so we can not say Hit or Flop

Bhaag Saale is billed as an action thriller that will be released by the end of this year.