Best Telugu Web Series in Youtube :In this digital world Youtube is a great platform to showcase talent. To talk about the entertainment field there are many brilliant actors, directors, writers who introduced them to the world through youtube. 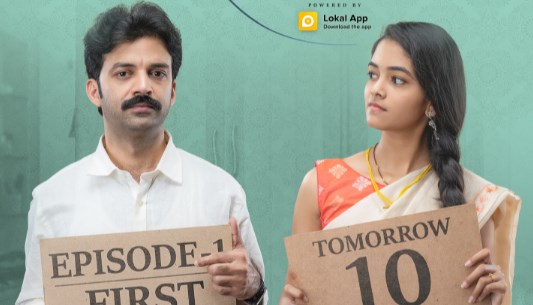 Talk about content, there is unlimited content we have to watch in any language, especially in Telugu everyday a new series or a new short film releasing on youtube.

As I’m talking about the content, there are brilliant telugu web series out there to watch, if you’re confusing what to watch, here i’m. I’m going to recommend the 5 best Telugu Web Series on Youtube.

30 weds 21 is a chai bisket original telugu romantic drama web series of 2021.this created a lot of buzz when it got released because this series targeted to the youth and fine writing and well performances added another advantage for the success of this 30 weds 21 series.

Prudhvi(Chaitanya Rao) is a 30year old software employee, because of his father’s force he married a 21 year old girl called Meghana(Ananya), because of the huge age gap and Prudhvi’s shy nature creates misunderstanding between them.slowly Meghana realises there is no love in their marriage.

Finally, what made them find love in their relationship is the rest of the story.

The 30 weds 21 web series storyline looks simple but what made the show successful is the Writing. Prudhvi and Meghan’s character design were very relatable.and fine performances by Chaitanya as Prudhvi and Ananya as Meghana.

Those who love to watch light hearted series, those who love situational comedy then this brilliant Telugu web series called 30 weds 21 is for them don’t miss it.

The Assistant Director is an infinitum media original web series of 2022. This series is about the journey of a middle class guy who wants to become a film director.

Arjun(Don Prithvi) is a middle class guy who works as a software engineer. He has dreamt of becoming a film director since his childhood, because of his parents he sacrifices his dream and doing an IT job.

However, one day Arjun quit his job and decided to follow his passion, however his parents got upset with his decision but still he decided to become a film director.

However, Arjun’s parents are not happy, though he got a job as an assistant director.

Finally, how does Arjun deal with his emotional conflict with his parents? Will Arjun become a director? Is the rest of the story.

The Assistant Director is an inspirational web series for a lot of youngsters who are struggling to fulfil their dreams.

The Assistant Director is a must-watch web series in recent times, watch it on Youtube.

Charminar is a telugu web series of 2022, produced by infinitum media. This web series is about the journey of  3 different lives

Episodes: Three(more episodes yet to release)

Vinay is a government employee who belongs to a middle class family,one day he quits his job and starts preparing for Civils. However, his parents are not happy with his decision because he quit a government job and his parents feel he is insane, and Vinay has to bear all the responsibilities.

Vinay wants to achieve something but he has to arrange a huge sum of money for his sister’s education, finally how Vinay deals with this situation is the rest of the story.

Kiran is an alcoholic,he spends all the money in cricket bettings, his wife runs their house with her salary. They always fight at their home because of Kiran’s irresponsible behaviour.how finds his right path in his life? How he understands his wife is the rest of the story.

Vikram(Shrihan) is into construction business who is trying to build his market in the construction industry and he has a love interest called Riya, however he faces enemies in his field. Finally how he achieved his goal is the rest of the story.

Charminar web series is a journey of different lives.whether all the stories are interconnected or not will get to know in the coming episodes.

Story revolves around Surya(Shanmukh Jaswanth) who is struggling to get a job.he finishes his engineering long ago but he and friends didn’t get any job, they just live an easy going life.Surya’s father is a middle class person who always lives with problems and his son Surya is the only hope for him.

Surya has a girlfriend called Anjali(Mounika Reddy) who was a junior of Surya.however,Anjali took care of Surya’s expenses so that he didn’t feel any pain. Somehow Surya gets to know about his family’s economical condition, then he becomes serious about getting a job.

In the process of getting a job Surya faces a lot of ups and downs.

Finally, after a lot of chaos, will Surya get a job? To know this you need to watch the web series.

Amidst all the characters Surya’s character stands out and Shanmukh Jaswanth as Surya he performed really well.

703 is a thriller web series that is chai bisket original, it was made in 2017 and got a good response.

Lot people have missed this brilliant thriller, if you miss this thriller watch it on Youtube and it’s free.

Surya(Manoj Krishna) is an associate director in the Telugu film industry, he wants to make a demo film for his feature film. After many versions he is ready to make, however, one day he finds death news in the newspaper which he feels that the real death case has resemblance with his fiction story.

Where Surya gets immersed into the real death case of Nakshathra after knowing everything he decided to shoot his demo film, where Nakshathra died in her 703 flat.

While shooting he faces some problems and it leads to slove him the mystery of Nakshathra murder.

Finally,Will Surya finish his demo film in her 703 flat? What was the mystery behind Nakshathra’s death is the rest of the story.