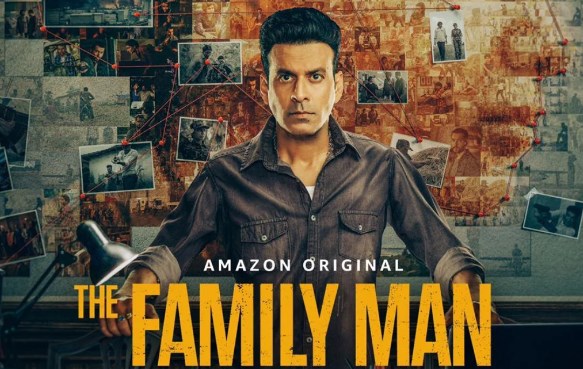 Family Man season2 is a bollywood action spy thriller of 2021.Familyman web series is one of the best web series in india.

However, Indian Prime minister got news that Srilankan ex rebel Subbu who is in chennai,then TASC team goes to chennai to catch Subbu, here TASC team faces hostage situation however srikanth tiwari knows about the situation and after all the frustration Srikanth Tiwari rejoins the TASC to lead the mission.

On the other side Subbu’s brother Bhaskaran planning to Air Attack and this mission leader is Raji(Samantha) who is trained pilot and brave girls.

Finally, How Srikanth Tiwar leads the mission to stop this Air Attack forms the rest of the story.

Mumbai Diaries 26/11 is bollywood medical thriller web series of 2021. 26/11 attack is an unforgettable incident in our lives, lot of movies made in this topic but this perspective is something new what was happened at time of attack in the Bombay General Hospital is main crux of this series.

The series starts with 10 pakistani terrorists enters into mumbai through sea.all the 10 pakistani terrorists dispatch into several places in south mumbai. After the attack of Leopold Cafe the next attack happened in Bombay General Hospital, Dr. Kaushik Oberoi(Mohit Raina) is chief doctor at BGH and 3 trainees Satyajeet(Ahan Mirza), Sujatha( Mrunmayee Deshpande), Diya Parekh( Natasha Bharadwaj) the trio about work under Dr. Kaushik Oberoi) but Dr. Kaushik is busy saving lives with lack of resources.

However, those who are injured in the attack come to Bombay General Hospital unfortunately there are no proper resources to treat them but still they try to save as much as they can,after a lot of chaos happened in the hospital Dr. Kaushik Oberoi gives order to the trio to join immediately to treat lot’s of injuries.

Finally, how Dr.Kaushik Oberoi and the trainees deal with the horrible situation with the help of Mumbai Police is the rest of the story.

Mumbai Dairies 26/11 is one of the best seat-edge medical thrillers in recent times.i would definitely recommend watching this brilliant seat-edge thriller.

The Last Hour is bollywood supernatural thriller web series of 2021.recently  It is dubbed in telugu.

Arup(Sanjay Kapoor) is a newly transferred police officer in Northeast. On his first day he takes up case to investigate which was a Bengali actress murder case. In process of investigation a series of murders happend in the city. However, Arup met with a local guy called Dev. Dev is Shaman, Dev has supernatural power that he can communicate with dead people’s spirits and he can go to their last hour.

Finally, Arup decides to take Dev’s help to investigate. Will Dev’s supernatural power help in solving the case and forms the rest of the story.

The Last Hour web series gives you a unique experience while watching because of the premise of the series and the narrative structure.

The Last Hour is worth watching web series in Telugu.

The show starts with 4 people get arrests for murdering a famous journelist Sanjeev Mehra(Neeraj Kabi), a cop called Hathiram Chaudhary(Jaideep Ahlawat)  takes up this case to investigate,who always wanted to solve cases for his promotion.

Finally, what were the shocking truths? How Hathiram Chaudhari solved the case to know all these answers you need to watch this web series.

Paatal Lok premise will set your mood to watch the entire series, the mood and investigation process will engage you throughout the series.

Paatal Lok is a Must-watch web series in Telugu.

Breath is a bollywood crime drama web series. Breath has 2 seasons and both received tremendous response. A must watch series in Telugu

Danny(R.Madhavan) is father of Josh(Atharwa Vishwakarma),no matter what Danny can do anything for his son.However, Josh has a Lung disease. In order to save his son, Danny commits lot of crimes with perfect plans to execute them.however Kabir Sawant(Amith Sadh) who is an investigative officer starts investigate of this series of murders.

Finally, Why is Danny killing in order to save his son? It forms the rest of the story.

Breath is an emotional crime thriller. A father and son emotion will hook from the beginning of the show.

Breath is a must-watch web series to watch in Telugu.