Best Telugu Thriller Movies On Amazon Prime:We get interest on things which thrill us more. we Try to know more things behind it. Thrilling never bores us. Romantic and Comedy movies are almost same with expected Plot. But Whereas Thriller movie are made with New Stories, Unexpected twists which thrills us. Here we have given you the Best Telugu Thriller movies that are Available on Amazon Prime video. 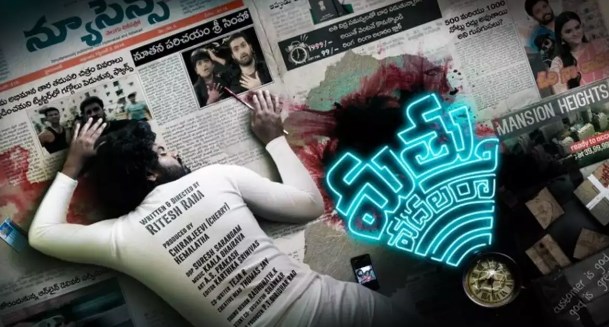 2. Bluff Master: Satyadev and Nanditha Shwetha Plays main lead role. Story revolves around Uttam (satyadev) who at first collects money from the innocent People cleverly but later he gets struck with a dangerous and. Gopi Ganesh has directed this film.

5. U Turn: Pawan Kumar has directed this movie. Samantha Akkineni and Aadhi Pinishetty Played main lead roles. Unexpected climas, movie is full of Twist and every viewers really enjoys with its story.

6.Anukokunda Oka Roju: Chandrasekhar Yeleti has directed this movie. Charmme Kaur and Jagapathi Babu Played main lead role. Story revolves around an Independent woman who once gets drugged and one day in her life passes without her knowledge.

7.  Kshana Kshanam: This is the most liked thriller movie by Telugu audience. RGV in the beginning of his career has directed it. Venkatesh and Sridevi Played main lead role. it is one of the best thriller movie on Prime video

10. HIt: This movie has bagged huge Collections. Screenplay, Story and Dialogues are amazing. Dr. Sailesh Kolanu Directed this movie. Vishwak sen played the role of Police officer. In the end of this movie, Director hints that second part will also be there in coming days.

11. Madha: Madha has won many international awards before it got released in theatres. Story is and technical part is completely different from regular movies. Srividya Basawa Directed this movie while Trishna Mukherjee and Rahul Venkat Played main lead roles.