Best Telugu Comedy Movies On Amazon Prime: Comedy makes us Energitic. Being fun, having fun is Good not only for health but also for Heart. A Comedy or a Joke changes the entire environment in Surrounding. Without Comedy and Fun life gets bored. Comedy can make a Person feel Happy and Smile in his Difficult situations. Below we have given you Best Selected Telugu Comedy movies that are available on Amazon Prime Video. 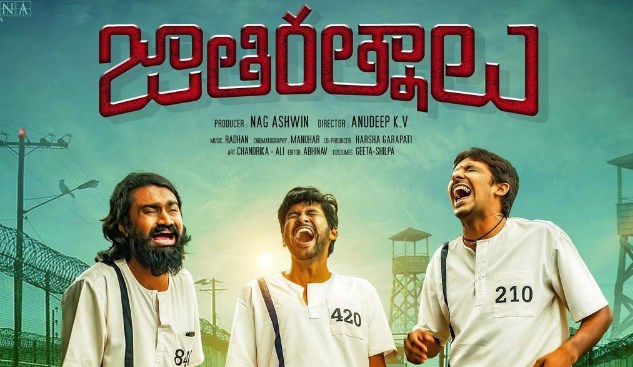 2. Jathi Rathnalu: Jathi Rathnalu was directed by Anudeep KV who earlier worked as an Assistant Director bu gave his Debut with this movie. Naveen Polishetty, Priyadarshi and Rahul Ramakrishna play the role of 3 friends who come to Hyderabad to protect their respect from their native Jogipet village.

3. Ready: Srinu Vaitla has directed this movie while Ram Pothineni and Genelia Deshmukh Played main lead roles. Story revolves around Chandu (Ram) who fells in love with Pooja(Genelia). How he marries her between two fighting factions is the Comedy part of this movie.

4. Pilla Zamindar: G Ashok Directed this movie. Nani and Haripriya plays main lead role in this movie. Nani acts as a son of a Landlord who completes his basic education only to get his grand fathers wealth. In this course Nani learns a lot of valuable things in life.

7. F2: Anil Ravi Pudi Directed this film. Victory Venkatesh and Varun Tej Played lead role. Whole story is a Complet family Comedy Drama. Story is about Two men who tell their marriage Problems to Police but later tries to win back their wifes as they too committed mistakes in the past.

8. Hushaaru: Konuganti Sree Harsha Directed this movie. Story is about 4 friends who are engineering graduate and wants to settle. They try many things like Producing liquor. In this course they learn many things in their journey.

9. Prema Katha Chitram: J. Prabhakara Reddy Directed this movie. Sudheer Babu and Nanditha Played main lead roles. Story is about 4 friends who gets into one house to commit suicide. But Ghost Possesses one of the friends and Disrupts their plan.

11. Jamba Lakadi Pumba: This film is also one of the Top Telugu Comedy films. EVV Satyanarayana Directed it. Naresh and Aamani Played main lead role. Many comedians acted in this movie. Story is about People in a village gets changed their behaviour from men to women and women to men, Childrent to oldage and old age to Children. Whole film is full of comedy.