Best Love Telugu Movies:Romance is the Part of Every ones life. Presenting this Emotion on the Screen by Writers and Directors is not as Easy. Romantic Content is Different from Adult Content. Many beautiful, Heart touching Romantic Stories are available in Telugu Movie. Soome of them are inspired and Taken from Real life Incidents like RX100. This movie’s Director Ajay Bhoopathi himself said about it. Below we have given you some of the Best Selected Romantic Telugu Movies. 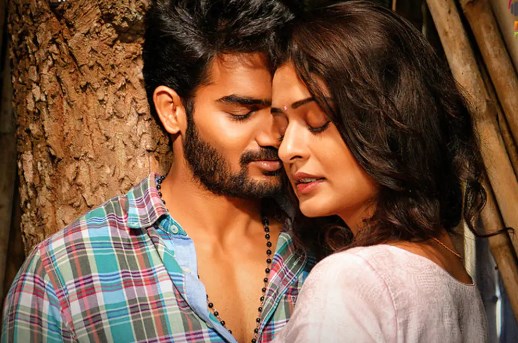 2. Geetha Govindam: This movie is a Romantic Drama with Classical Elements. Parasuram has directed this film. Vijay Devarakonda Plays the role of an Innocent Guy who fells in love with Rashmikamandanna.

3. Ye Maaya Chesave: Ye Maaya Chesave is a Beautiful Romantic Drama movie. Samantha Played the role of Christian Girl Jessi and Nagachaitanya as HIndu Guy. Both fell in love but their parents reject their marriage because of Religious differences.

4. Uppena: This movie is a Debut for both Panja Vaishnav Tej and Krithi shetty. Sukumar’s Assitant Buchibabu has directed this movie. Vijaysethupathi who plays the role of Krithi Shetyy father is a Highlight part of this film.

5. RX 100: This movie bagged Huge collections in 2018. Director Ajay Bhoopathy said that this film is based on a True incidents. Story revolves around a Guy who loves a Girl , She accepts but later rejects him and recommends to kill him.

6. C/O Kancharapalem: Venkatesh Maha directed this movie. Story is completely different. Its about a Journey of a Boy in his life from shoool Student to Retire Age. Writer Presented the Guys love Story in a beautiful way.

7.  Majili: Nagachaitanya and Samantha Played the role of disturbed couple. In this Film, Nagachaitanya loses his job and depends on his Wife Samantha Who works as Railway Employee. Shiva Nirvana has written and Directed this movie.

8. Jaanu: This film is the Remake of Tamil Movie 96 in which Vijay Sethupathi and Trisha Played main lead role. Sharwanand and Samantha Played lead role in Telugu remake. In Telugu too it is directed by the Same Director who helmed original 96 film.

9. Ninnu Kori: Its a beautiful love Story directed by Shiva Niravana. In this film Nani and Nivetha thomas both fell in love. But woman’s father rejects marriage as Nani lacks decent job. Nivetha marries another guy but he becomes alchoholic and then Nani tries to win her back.

10. World Famous Lover: This movie is club of many love Stories behind one man Vijay Devarakonda in this Movie. Vijay Plays the role of Writer  Gautham who writes all his previous love stories and recognises his mistake in that course. Kranthi Madhav has directed this movie.

11. Aarya: Arya is one of the Best Love Story films in almost all languages. Sukumar has directed this movie. This film has given good impression on Allu Arjun also. With just Budget of 3 crores it has collected around 30 crores in 2004.