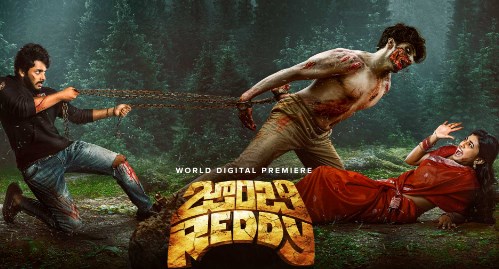 3. Kanchana 2: Choreograher Lawrence Raghavendra Directed it. Story is about a A ghost who haunts and Innocent man and People surrounding him inorder to get their help for seeking justice in murder.

4. Prema Katha Chitram: Maruthi Dasari and Prabhakar Reddy directed this movie. Its about a 4 friends who goest to house to commit suicide but later they get haunted by ghost inside that Building.

5.  Arundhati: This movie has bagged many collections and Awards. Anushka Played the role of Jejamma who secures his village people by killing herself in front of God. she takes rebirth to liberate devil which is inside one house.

7. Rahasyam: This movie is available on Youtube. Sagar Sailesh has directed it. Story revolves around as Aspiring director who wants to make a horror movie. In this course real ghost encounters and haunts him.

8. Zombie Reddy: Prashant Varma Directed it. It can be said that it is the First Best Zombie movie that made in Telugu. Child Artist Teja Sajja gave his Debut with this movie playing main lead role.

9. Avunu: Avunu movie is about a Ghost who haunts a beautiful couple. Ravi Babu directed it. This movie got released in 2012. it is available in Hotstar

10. 13B: Mahadhavan Plays the role of a Family man who buys new flat in Apartment. A TV inside flat starts showing the Future of his family. This movie is available on Prime Video.

11. Chandramukhi: This is one of the Top Horror films in South India. Rajinikanth plays the role of a Psychiatrist who tries to bring wife of his friend from the clutches of Evil spirit name Chandramukhi.