Best Crime Thriller Telugu Movies: Crime Movies mostly based on the real incidents that have happened in our surroundings. This Crime movies at sometimes gives us knowledge about how Criminals behave and how they commit Crimes. Some Crime movies in Telugu are based on Real Stories like Raktha Charitra, Murder, Killing Veerappan etcc. Below we have given you some of the Best Selected Telugu Crime Movies. 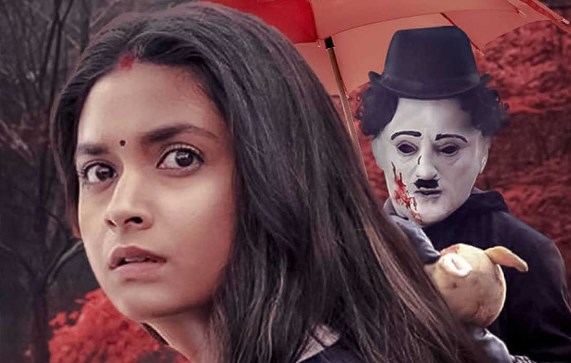 1.Raktha Charitra: Ram Gopal Varma directed this movie. It is completely based on the life of Politician Paritala Ravi. Vivek Oberoi plays the role of Paritala Ravi in this movie.

2. Killing Veerappan: Its an another Crime Film from Ram Gopal Varma. This movie is a Biopic of Red Sand Smuggler and Criminal Veerappan who killed in an encounter in 2004. Kannad actor Shiva Rajkumar played the role of Veerappan in this movie.

3. Dhruva: Surender Reddy directed it. This movie is a remake of Tamil film Thani Oruvan. Ramcharan played the role of an IPS officer. Aravind Swamy’s role and Criminal Character is the highlight part of this movie.

4. Penguin: karthik Subbaraj has directed this Movie. Keerthy suresh Played the role of a Mother who Protects her son from the Psycho Psychologist who kills innocent children secretly.

5. A(AD Infinitum): Ugandhar Muni has Directed this movie. Nithin Prasanna and Preethi Asrani Played main lead role. Story revolves around a man whose aging was controlled by his brother who is medical scientist.

6. Murder: This movie is based on Amrtha Pranay case which created a big issue in Telangana.S Story revolves around Pranay who gets killed by his lover Amrutha’s Father because of their intercaste marriage.

7. Spyder: AR Murugadoss directed this movie. Mahesh Babu Plays the role of Policeman. SJ Surya’s role of killing Innocent just for fun is the highlight part of this film.

8. Forensic: Forensic is a Telugu Dubbed Malayalam Movie. Tovino Thomas plays the role of a Medico legal advisor who unearths the serial killer who is escaping from Police department. Akhil Paul and Anash Khan has directed this movie.

9. Anjali: This film is the Telugu Dubbe of Tamil Movie Imaikkaa Nodigal. Nayanathara Plays the role of CBI officer who tries to Find the killer. In this course her family gets threatened and attacked by that killer.

10. Maestro: Its a Remake of Hindi movie Andhadhun. Nithin Plays the role of a Blind Piono Player. He finds one killer and story revolves around it. Merlapaka Gandhi directed this movie. This film is now available on Hotstar

11. Red: Kishore Tirumala Directed this movie. Ram Pothineni Played main lead role. Story revolves around 2 identical twins who are parted away and meet later but they both are trapped in deception and Crime.