Batch Movie Review & Ratings: Batch Movie has been released grandly in theatres this day on February 18, 2022. Sathvik Varma, Neha Pathan, Chandni Bathija, Pavan Vinod Nayak, Subhash, Sri Madhuri, Geethika played the main lead roles. On the first day of the release itself, it has got reviews from both the Audience and Critics as well. Raghu Kunche’s Music is the special plus point in this movie. 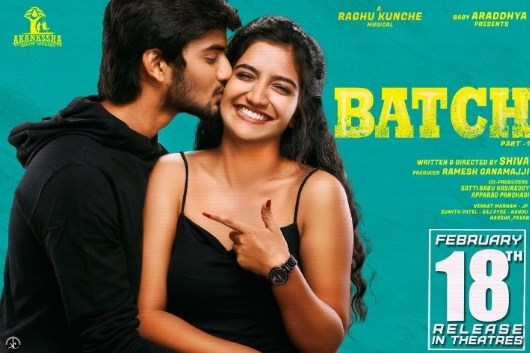 Batch is a Youthfull Entertainer Movie. It’s a routine Youth thriller comedy film. But the way the director presented is new. All the actors in this film are new. 4 Guys and 4 Girls become friends. The days go funny and interesting but the whole story takes a turning point with only one point. To know that point, you have to watch the movie.

Raghu Kunches’ Music Composing was nice. The story is good but the director would have presented it in a more interesting way. You don’t get bored. Dialogues are also nice. But the Writer should have focussed more on the screenplay.