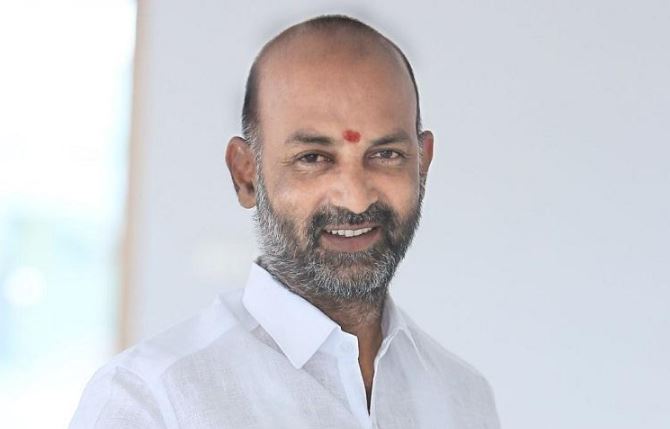 He is the most active politician in the Telugu state of Telangana. Karimanagar MP Bandi Sanjay, elected for first time, has been appointed as the new president of Telangana Bharatiya Janata Party in 2020. The Karimnagar MP’s strong link to the Rastriya Swayamsewak Sangh (RSS) and his decisive victory in the parliamentary polls in a region considered a stronghold of the Telangana Rastra Samithi (TRS) brought him into immediate limelight.

Bandi Sanjay Kumar is the State President of the Bharatiya Janata Party in Telangana and MP from Karimnagar. He was born in Karimnagar and currently lives in H No 2-10-1525 (New), 2-10-1145 (old) Jyothi Nagar, Karim Nagar, Telangana- 505001. Regarding his education, he is a Post Graduate and is into Businessperson and Social Worker.

From 1994-2003, he served as Director of The Karimnagar Co-operative Urban Bank for two terms. Bhartiya Janata Yuva Morcha Karimnagar has served in various capacities as the Town’s General Secretary, Town President, State Executive Member, State Vice President, National Executive Member, National Secretary and he was the Incharge of the Bharatiya Janata Party in Kerala and Tamil Nadu.

Bandi Sanjay Kumar is from the Munnuru Kapu community

Sanjay was also Active in the Rashtriya Swayamsevak Sangh(RSS) as a youth, joining the organization at the age of twelve. Sanjay was involved with the Akhil Bharatiya Vidyarthi Parishad(ABVP) of the RSS student wing, and eventually became Town-President and a State-Executive Member of the organization. He was also involved in the Bharatiya Janata Yuva Morcha, the BJP’s Youth Wing.

Mr Bandi Sanjay Kumar was thrice municipal corporator (2005) from Karimnagar and contested for the Karimnagar Assembly segment in 2014 and 2018 elections and lost to the TRS candidate Gangula Kamalakar. In 2018 Assembly elections, Sanjay secured 66,009 votes from Karimnagar Assembly segment, which was the highest vote secured by BJP contestants in entire the state. The BJP high command appointed him as President of Telangana BJP on 11-March-2020 and him as a Chief of Telangana BJP. In 2020, He is also a Board Member of the All India Institute of Medical Sciences (AIIMS) located at Bibinagar, Hyderabad, Telangana.