Balamevvadu Movie OTT Release Date: Balamevvadu movie seems to be the block buster in coming days. Recently this movies concept trailer was released on occasion of Manisharma’s Birthday. Manisharma composing music for this movie. OTT Release dates or Theatrical Release dates aren’t announced by any of the film makers. Balmevvadu is written and Directed by Satya Rachakonda. 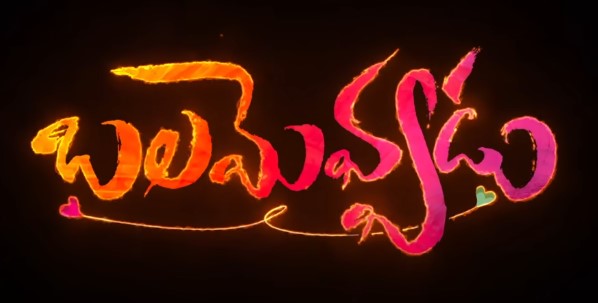 By seening the MovieConcept Trailer Story may revolve around Medical Mafia, and Corporate Hospital Lootings. In the beginning of the teaser a lady was shown questioning the media on Corporate Hospitasl illegal activities. Later a series of the same was shown. A Family drama with suspense thriller action sequences would be part of the movies plot.

Senior actor Nasser is playing the lead role along with main other actors like Dhruvan Katakam, Nia Tripathi, Suhasini Maniratnam and Prithvi Raj. R.B. Markandeyulu Producing this movie under banner of Sanathana Drushyalu. MM Keeravani sang song Balamevvadu which is trending on youtube since its release.

Balamevvadu Story seems to be a Social message oriented film. Some Real medical mafia incidents were shown in the trailer. Other details of the movie are given below.

OTT rights of this movie aren’t announced by any of the film makers. Buzz is that makers are planning to release it in September 2021. This film has arouse expectations since its concept trailer got release. Many are awaiting as top musicians actors and singers are part of this Balamevvadu.

Balamevvadu Movie is Expected to release in theatres in September 2021. If everything goes well in its theatrical release then OTT Release date would be around October / November 2021. By the Concept trailer it can be assumed that movie was scripted only few weeks back.