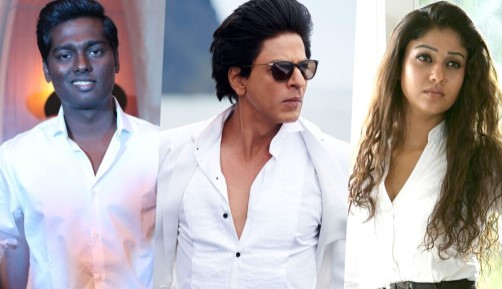 Lots of Rumours Surrounding about the story but makers hadn’t revealed anything officially about it. Shahrukhan seems to be playing the dual role. At present Director Atlee and his team is in Pune. There are in search for suitable locations. The First Shedule of it will start in next few days and Shah rukh khan going to join them.

Red Chillies Entertainment is Bankrolling this Project while AR Rehman is composing Music.

Sunil Grover, Sanya Malhotra, Comedian Yogi babu are also playing the lead characters. Other Cast and Crew Detials are yet to be revealed.

Atlee Shahrukh’s Pan India Movie Budjet is expected to be around 200 crores. Most Part of the Shooting would take place in Mumbai and Dubai. Tamil Director Atllee is going to give his Bollywood Debut with this Movie.

Director Atlee succeeded in Kollywood with his Debut movie Raja Raja. Later he done 3 films Continuosly with Thalapathi Vijay and those are Theri, Mersal and Bigil. With These Pictures He has become a Successfull High Budget Director in Kollywood.