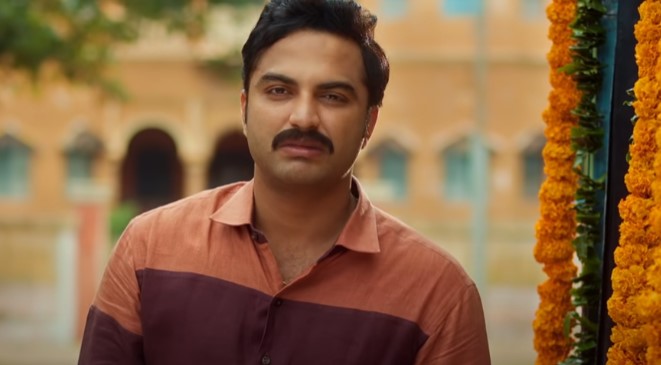 Vishwak sen plays the role of Allam Arjun who is unmarried in age 30. His hairs starts whitening, stomach profusing. He request all to see a match for him in his caste. He also offers “ NO dowry”. Whole story seems to be around Allam arjun his character and getting married.

Actress name is still suspence. Ravi kiran kola written the story and Vidyasagar chita is directing it. Music is composed by Jai krish and Cinematography was handled by Pavi k Pavan.

A Bio Data application of Allam Arjun character was also released by movie makers. Movie is in Postproduction, shooting was began 4 months back. Vishwak sen is seen in completely different character as he played Mass characters before.

Ashoka Vanamlo Arjuna Kalyanam Release dates aren’t confirmed by movie makers. Still movie is in Post production. Actress and other cast details are still yet to come out. BVSN Prasad is Presenting this movie. This movie may first release in theatres. First look was released on 4th September 2021 and it is getting positive responses.

Theatrical Release of Ashoka Vanamlo Arjuna Kalyanam Movie is expected to release in the end of this year 2021. This is movie with unique concept and Vishwas sen playing the role of completely different from his previous movie. First look seems promising.