Ante Sundaraniki Movie Box Office Collections: Natural Star Nani’s much-awaited film Ante Sundaraniki has released yesterday with humongous expectations and from the morning show itself it got a great positive response from the audience as well as critics and Nani’s last outing Tuck Jagadish was collected on its first day around 4 crores and now Ante Sundaraniki has collected on its first day around 10 crores which is far better than his previous movie, despite the fact the film needs a lot for the break-even, as there no any other film seems to be a competition for the film then we can hope the film will do well at the Box Office in the coming days. 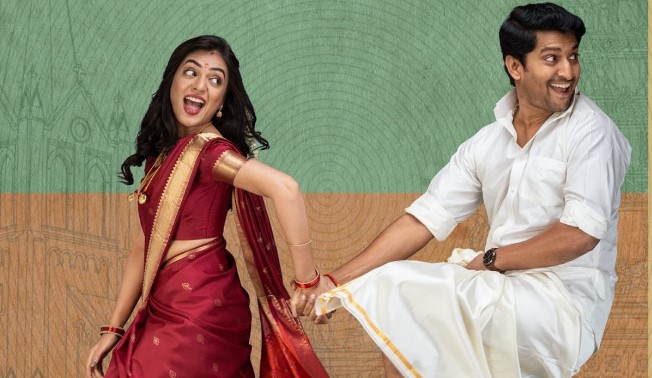 Ante Sundaraniki has been doing pretty well at the Box Office as it has collected on its first day around 5.7 crores and it was a quite a cool opening for Nani’s film but the film needs a lot for the break-even and as per the sources the film has done a great pre-release business and it was around 28 crores includes digital rights and it was a great pre-release business for Nani’s career and let’s hope the film does well at the Box Office for its break-even.