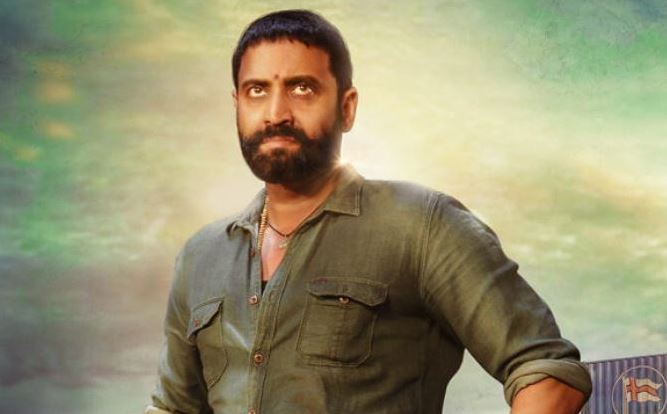 The film marks the directorial debut of Manu Yagnaa. The mass entertainer will see the lead actor play a rowdy named Waltair Seenu. Going by his name, we can understand that the film is set against the backdrop of Visakhapatnam.

Actor Sumanth who is currently working for his upcoming film titled ‘Anaganaga Oka Rowdy’ and on the occasion of actor’ birthday, the makers of the film released the first look poster. Coming on the first look poster of ‘Anaganaga Oka Rowdy’, Sumanth is seen wearing a shirt and black panche. After many years sumanth looks in a rugged avatar like a tough person to deal with.

The sources say that except the Vishakapatnam schedule, the team of ‘Anaganaga Oka Rowdy’ has wrapped up all the shooting schedules. The poster gives a hint that the movie has Vizag as the backdrop. The makers have already wrapped up the major part of the shoot of Sumanth starrer.