After a long break, Kalyan Ram had a big hit with Bimbisara. Now, he’s coming up with an experimental movie called “Amigos.” The title looks catchy, and the first look also quite intriguing, Rajendra Reddy is making his directorial debut with this film, which is produced by Mythri Movie Makers. Even so, Amigos seems to be an experimental film in Kalyan Ram’s career, since he’s going to play three different characters. However, the film will come out on February 10, 2023. 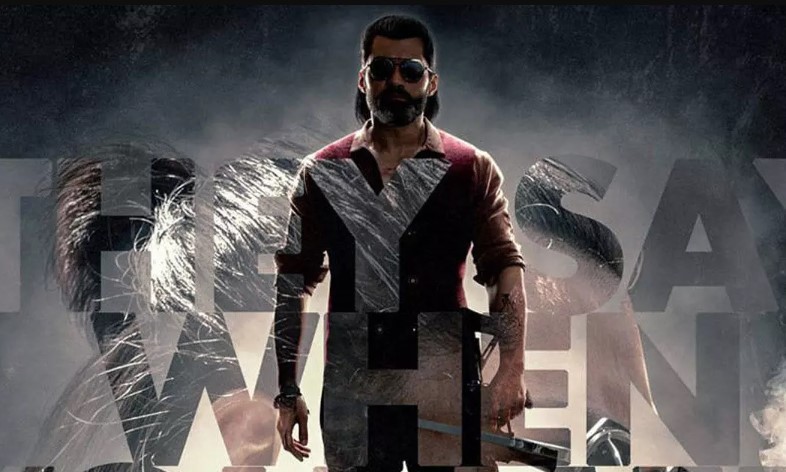 As of now, makers haven’t disclosed the plot but as we go by the first look we can hunch that the film deals with the psychological issues of a man who suffers from multiple personality disorder and how a protagonist goes through it is the crux of the tale, moreover the first look poster a phrase written like They say when you meet somebody that looks just like you, you die.”

The main character is played by Kalyan Ram, and the female lead is played by Malayalam actress Ashika Ranganath. The rest of the cast has not been announced yet. The film is directed by Rajendra Reddy, with cinematography by Sounder Rajan, music by Ghibran, and production by Mythri Movie Makers.

Talking about the people who do the work Rajendra Reddy is going to debut with this film, before that he was a writer for Gaayam 2, and well-known as a cinematographer Sounder Rajan cranks the camera, his last film was Odelaa Railway Station was released directly on Aha Video. Ghibran, a music composer from Tamil has been doing well in both Tamil and Telugu.

Amigos is currently in post-production, but the film’s creators have confirmed that it will be released on February 10, 2023. Try to watch this experimental film in the theaters, or else if you would like to know where to watch instead of the theater, then you can watch it on the OTT platform, but as of now, the makers haven’t announced the name of the OTT platform. After the success of Bimbisara, Kalyan Ram’s market has increased tremendously, and Amigos’ movie digital rights price is sky high. Let’s see who will acquire the digital rights.

The film is currently in post-production, and it will be released in two months, so the trailer will take a long time; the makers will begin promotions in January with posters and teasers. However, the fact is that Bimbisara has changed the perception of Kalyan Ram films, and his fans and cinephiles have been waiting to see the trailer.

During the release period, no one had any expectations for Kalyan Ram’s recent blockbuster Bimbisara, and the makers spent around 40 crores, which was more than Kalyan Ram’s market, but once the film was released and everything was shattered from day one, it received positive reviews. Bimbisara grossed around 65 crores, making it Kalyan Ram’s most successful film to date. Because of the success of Bimbisara, his films such as Devil: The British Secret Agent and Amigos have huge budgets.

IMDb ratings play a key role in making a movie successful because audiences will search on Google about the film and the IMDb rating will appear at the top. Kalyan Ram‘s previous outing, Bimbisasra, had an IMDb rating of 6.5/10 with 7,385 votes, but despite the rating, the film was a big hit at the box office, and we can expect solid reviews and ratings for his upcoming films like Amigos and Devil: The British Secret Agent.

Kalyan Ram is in full swing with the tremendous success of Bimbisara, and now he is busy doing films like Amigos and Devil: The British Secret Agent, both of which are being made on a large scale, and Amigos is going to hit the screens on February 10, 2023.