Ala Ninnu Cheri movie OTT Release Date, OTT platform, Cast, Time, Trailer, and many more details can be available in this article. Ala Ninnu Cheri is expected to hit the screens on April 07, 2023. On the occasion of the new year there many announcements have been made from Tollywood and Ala Ninnu Cheri is one among them, the film is starring the talented actress Hebah Patel and Husharu fame Dinesh Tej the lead roles and is helmed by debutant Maresh Shivan. 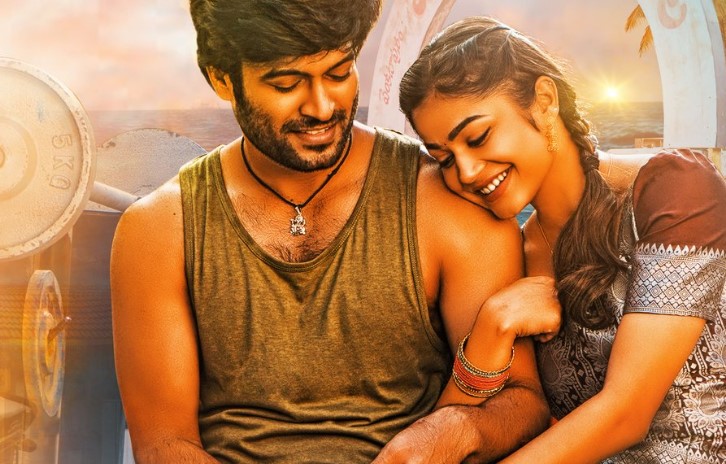 Ala Ninnu Cheri has officially launched at Sri Venkateswara Swamy Temple with a simple pooja ceremony on September 2022, and many guests have graced the event. However, on the occasion of the New year legendary director K. Raghavendra Rao unveiled the first look of the film and it looks quite impressive as it seems to be an intense love story, however, this film is produced by Kommalapati Sai Sudhakar.

Ala Ninnu Cheri has grandly launched at Sri Venkateshwara Swamy Temple and the first shot directed by Mandadi Kishore Reddy, Ex-MLA GV Anjaneyulu sounded th clap, and TV5 Murthy, Hanumantha Rao, and Krishna Rao have attended the event. During the event, everyone shared their views about the film and it looks like makes and actors are quite confident about the film. However, Ala Ninnu Cheri is under post-production, and once they finished the post-production work the makers plan to release the film on April 07, 2023.

Ala Ninnu Cheri ott release date is tentatively 07 June 2023 but the Digital rights details haven’t anounced yet. Hebah Patel is one of the finest actresses in Tollywood but she failed to become a top heroine, despite the fact that she gained her own popularity with her typical performance, though she has many flops in her career, she never failed as an actor and Hebah Patel has last seen Shasan Sabha but it was a disaster but she praised for her performance with the film called Odela Railway Station which was directly released on Aha Video.

Apart from Ala Ninnu Cheri, she has films in her pipeline like Telisinavallu, Aadhya, and Tamil film Vallan, and let’s hope all these bring success to her. However, talking about Ala Ninnu Cheri’s digital rights, as of now there is no information about who acquired the Ala Ninnu Cheri digital rights, as the film is expected to be released on April 07, 2023, and we can expect all the details to be revealed after the theatrical release until then, stay connected with us, once we get the official confirmation we will update you.

Dinesh Tej is best known for Husharu film and after that, he did a film called Merise Merise but it wasn’t fared well at the box office, despite the flop of Merise Merise, Dinesh Tej did a unique film called Play Back touted to be sci-fi thriller which currently available on Aha Video. However, Ala Ninnu Cheri seems to be a brilliant film in his career, and the first look of him is quite interesting as he looked in two different getups as it seems he has two love stories, however, another lady is Payal Radhakrishna who marks her debut with this film and she will be seen Dinesh Tej one of the girlfriends.

Ala Ninnu Cheri is touted to be an intended love story where the lead protagonist has two love stories, when he is in love with a girl, his past girlfriend enters hi life, Finally, how he deals with the situation and will he find the true love is the crux of the story.

Dinesh Tej, Hebah Patel, and Payal Radhakrishanan are the main lead and Shivakumar Ramachandravarapu and ‘Rangasthalam’ Mahesh are key roles in the film and the film is directed by Maresh Shivan, while the music has composed by Subhash Anandan, cinematography has done by  Andrew and the film is produced by  Kommalapati Sridhar under the banner of vision movie makers.

Ala Ninnu Cherimakers haven’t dropped the trailer yet and very soon we can expect the trailer to be released,  meanwhile, they have dropped a glimpse of the film, and the you can have a look below. we will upload the trailer here once the makers will upload it officially.

When is Ala Ninnu Cheri OTT Release Date and Time?

Not Declared, Ala Ninnu Cheri movie makers have not yet announced.

Not Declared, Ala Ninnu Cheri movie makers have not divulged yet.

Is Ala Ninnu Cheri hit or flop?

Not Declared, Ala Ninnu Cheri movie has not been released so we can not say Hit or Flop

Is Ala Ninnu Cheri Movie available on Netflix?

Is Ala Ninnu Cheri available on Prime Video?

Is Ala Ninnu Cheri available on Aha Video?

Is Ala Ninnu Cheri Movie available on Hotstar?

Ala Ninnu Cheri is billed as an intense love story that is expected to release on April 07, 2023.