Akhanda TRP Rating: Akhanda is one of the biggest hits in the Telugu film industry. as well know it created a rage in Telugu and other states as well. however, Akhanda became one of the highest-grossing hits in Balakrishna’s career. Balakrishna and Boyapati combo have some magic, we can say hit combo after Simha, Legend, Akhanda is the third film. 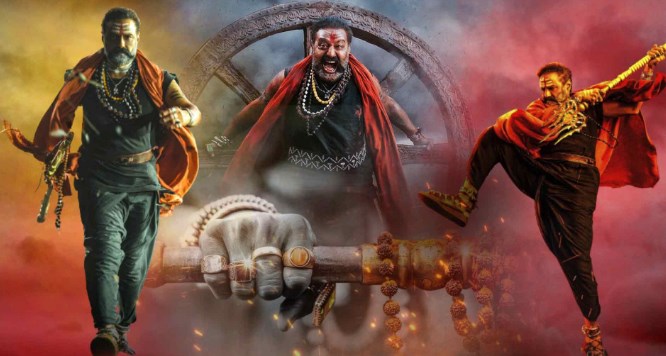 After creating a rage in theaters, yesterday April 10, 2022, the Television premier happened in Star MAA, and as per the sources again the film created a staggering TRP, Akhanda scored a TRP rating in SD about 23.2 and HD 25.3, which was solid TRP’s ever happened.

Akhanda starring Balakrishna and Pragya Jaiswal are the main leads the film was directed by Boyapati Srinu, cinematography has done by Ram Prasad, music was composed by Thaman S, and the film was produced by Miryala Ravinder Reddy under the banner of Dwaraka Creations.

Akhanda was a massive hit for Balakrishna and Boyapati, and people have gone mad with the massive actions sequences and background score in the theaters. however, the film has done a quite decent pre-release business of over 55 crores and the film has done a rage collection worldwide of around 60 crores. with that confidence, makers are in plans of making a sequel for Akhanda.

Akhanda TV premieres have happened yesterday and the film created a solid TRP in SD+HD, as per the sources in SD it created 23.2 and in HD 25.3. however, this kind of TRP’s are never seen before and which is a good sign. and now all the concentration shifted to it sequel, as the director Boyapati has already said in an interview about the sequel and let’s wait for the massive combo.