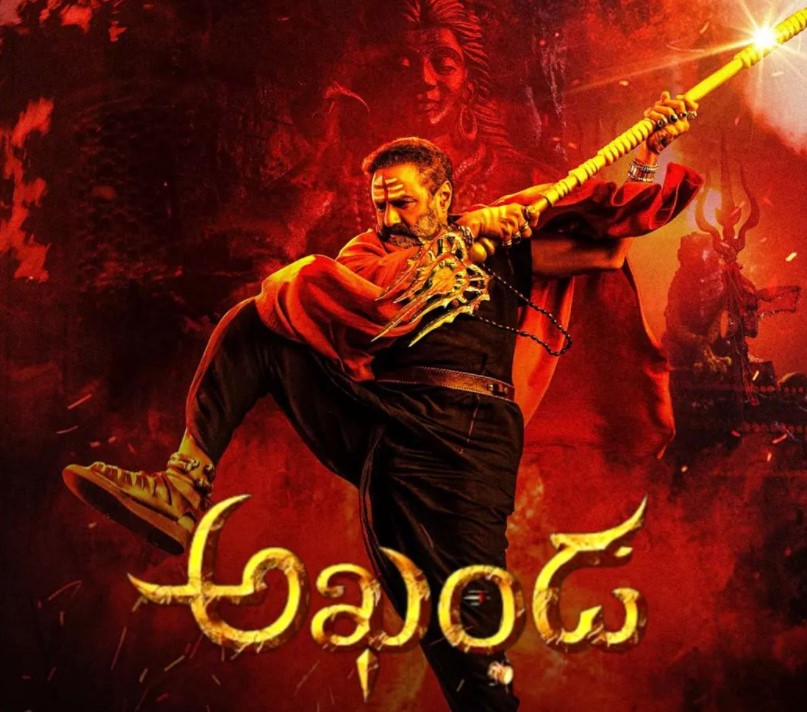 Whole Story seems to be revolving around ardent lord shiva’s devotee Aghora (Balakrishna). By the thriller we can assume it to be an Action film. In teaser, Balakrihsna aggresively says “ kaalu duvve nandhi mundhi rangulu marchina pandi, kaaru koothalu koosthe kapaalam pagilipoddhi” . This dialogue has been in trending in social media and trailer views had also gone peeked.

Pragya Jaiswal is playing the female lead in this Movie. Srikanth is doing the lead role. Story and Direction was done by Boyapati while Dialogues were written by M. Ratnam. S. Thaman Composed Music and Cinematography is being done by C. Ram Prasad.

Earlier Makers Planned to release in theatres on occasion of sankranthi but latest information is that they are deciding to release on occasion of Dussehra as it would also compete with RRR. Below are the details of other crew members of the film.

As RRR is Confirmed to release on 13th October in Theatres coinciding Dussehra Festival, Akhanda Makers are also planning to release in this months. Many movies are on linedup for release on Sankranthi. Major Part of Akhanda Shooting was completed by May 2021 Itself. OTT Rights of Akhanda wasn’t announced by any of the film makers.

If Akhanda gets release in theatre on the Occasion of Dussehra then OTT Release date can be expected around end of this Year 2021. Akhanda is the most awaited movie as it is Balakrishna and Boyapati’s Combination. Two Movies of Balakrishna’s previous movies directed by boyapati were Blockbuster hits, one is Legend and other is Simha.

Watch Movies On OTT’s or in Theatres Only. Keep Visting our Websites for Latest Updates on Movies OTT Releases, Reviews, Satellite Rights and Many More.