Agent Anand Santosh Web Series Review: Youtube sensation Shanmukh Jaswanth has gained an immense following with his web series like Software Developer and Surya and Since his appearance on Bigg Boss Telugu, the following has grown twofold, However, Seeing an opportunity to capitalize on his fan base, Aha, the leading Telugu OTT platform, approached him about working on web series together and that is Agent Anand Santhosh.

The series has the same team as Shanmukh’s web series has, despite the fact the series trailer has raised the expectations and carries those expectations it has premiered today on Aha which has 2 episodes as it marks the first mini-series Aha has backed, so without any delay lets dive into the review and let’s know whether the series is worth watching or not. 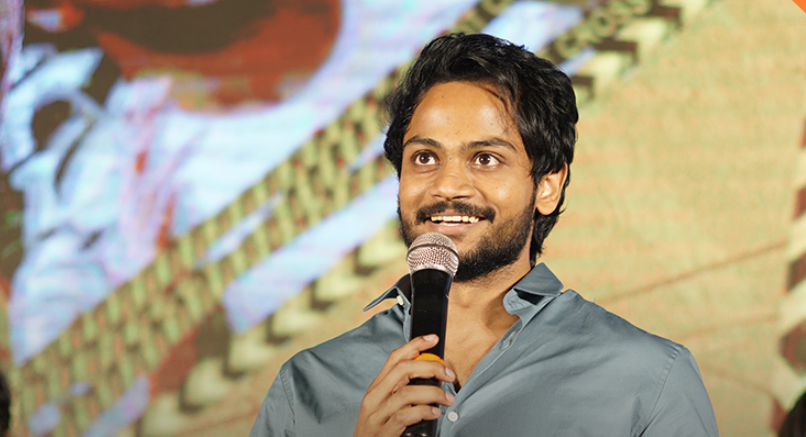 Anand Santhosh(Shanmukh Jaswanth) joins in detective office as the office follows some sort of rules that needs to follow Anand Santhosh too, initially, gets some silly cases that milk packet missing, neighbor slippers missing and stuff, moreover, the detective office’s most important rule is don’t accept a case if you cant afford, meanwhile, there are some girls kidnaps happened in the Kukaktpally which located in Hyderabad and those incidents come to Anand as he decided to break the rule to solve the case and catch the kidnapper, However, in the proceedings, he realizes there a big heads behind this kidnaps, finally, will he solve the case form the rest of the story.

Shanmukh Jaswanth, Vaishali Raj, Alankrita Shah, Prithvi Jakhaas, written by Subbu. K and directed by Arun Pawar, while the cinematography has done by Danush Bhaskar, the Music has composed by Ajay Arasada, and the series was produced by Vandana. B and backed by Aha.

Unfortunately, we have few detective movies like Chantabbai and the recent film Agent Sai Srinivas Athreya, detective genre never gets bored as it has a lot of scopes to tell different stories with a detective backdrop, as Agent Anand Santhosh doesn’t offer anything new in terms of story, but what made this mini-series engaging is Shanmukh’s comedy as he is renowned for his comic timing and makers have utilized his skill to the core and the plot didn’t establish well, and that might be one of the reseasons we disconnect from at the beginning, as the show drags even with only 2 episodes. It feels like watching 7 or 8 episodes.

Few comedy blocks worked well and once the story shifts into the serious mode slowly we get bored because that whole thing doesn’t look like a series thing, there are kidnaps happening in the city as it seems like series issues but it has been used like one of the layers, However, the series can be watchable few comedy blocks and few realistic action sequences held in old city areas. and moreover, this series resembles Agent Sai Srinivas Athreya.

Shanmukh Jaswanth as Anand Santhosh is partly good, there are lot of scenes where we can see just like old Shanmukh, there nothing new in his performance but we should appreciate for his makeover and rest of the cast did their best.

Subbu K, who is the writer of this series as Subbu and Shanmukh has worked in Software Developer and Surya as he has written quite well but Arun Pawar failed to make it engageable but he handled a few blocks quite well and will hope he will make good content in the future.

Technically it looks okay as Danush Bhaskar is good at some scenes a lot of scenes are over-saturated and Ajay Arasada did a brilliant job he saved a lot of blocks in the series and the rest of the technical departments did their best.

Finally, Agent Anand Santhosh is a well-made detective series that can be watched by every section of the audience.