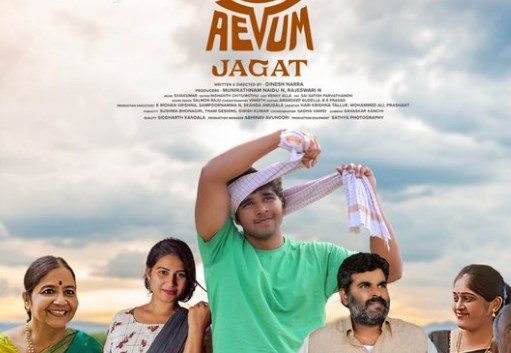 Aevum Jagat is Social message oriented drama. Story revolves around Youth and Agricultures. How Youth are going away from agriculture and how some young farmers gaining from it was shown very well in this movie.

Munirathnam naidu N and Rajeswari Na has jointly bankrolled it under banners of Mars Productions. Sivakumar Composed music while Cinematography was done by Venky Alla and Editing by Nishanth Chitumothu.

Aevum Jagat movie is all set to hit big screens Soon in 2022. However makers didn’t announced exact release dates. Dinesh Narra has himself written the story and directed it. Its a Complete message oriented drama.

Aevum Jagat movie may release directly on OTT platform as Corona Cases starts increasing one by one. Munirathnam Naidu N and Rajeswari N jointly bankrolling this project under banners of Mars Productions.

Aevum Jagat is a Complete family drama. Story is based upon Youth and Agriculture. Keep visiting our website to get latest updates on upcoming new movie releases.