If there are any more mythology-based movies made in India after Baahubali, only Prabhas should be in them, because the audience thinks he is the only hero who can play those characters. On January 12, 2023, Adipurush was supposed to release. Even though he has a lot of solid pipelines, Prabhas has given a lot of call sheets for Adipurush, however, people were not happy with the teaser of Adipurush because of the poot VFX, so the film’s makers decided to postpone the film for a better VFX and pushed into June 16, 2023. 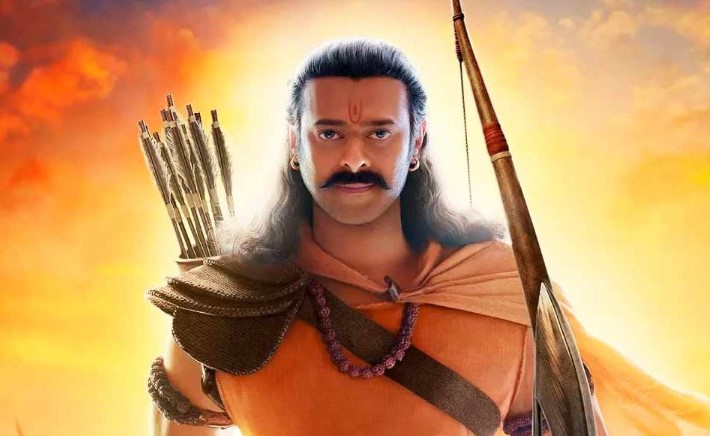 The story of the movie Adipurush is based on the epic Ramayana. Prabhas plays Lord Rama, Krithi Sanon plays Seetha Devi, and Saif Ali Khan plays Ravana. About 7,000 years ago, Rama, the king of Ayodhya, went to the island of Lanka with Hanuman and his army to find and rescue Sita, Rama’s wife, who had been taken by Ravana, the evil king of Lanka.

Prabhas is now working on a high-octane action movie alongside Prashanth Neel, who gained popularity with the movie KGF. After he claimed that Salaar would be far more action-packed than KGF.

Adipurush is going to hit the screens on June 16, 2023. If you would like to know where to watch Adipurush’s full movie then you need to wait until after the theatrical release because Adipurush makers will reveal the OTT platform name and also will get to know about the film’s digital rights price, until then stay connected with us.

In addition to Salaar and Adipurush, Prabhas is filming Project K, a sci-fi action movie directed by Nag Ashwin. The information we have is that Prabhas plays a superhero in this movie. He also just signed a deal with the star of Arjun Reddy, Sandeep Reddy Vanga, for a movie called “Spirit,” in which Prabhas will play a police officer for the first time.

Adipurush makers haven’t released the trailer yet as the film postponed to June 16, 2023, and it will take some time to release the trailer, meanwhile, they have dropped a teaser of the film but the teaser has got mixed reviews because of the poor VFX and few sections of people trolled that the teaser looks cartoonish.

Adipurush is the most expensive film in Indian cinema; it had a whopping budget of 600 crores. OM Raut, the director, is attempting to set new standards with extravagant visuals. Adipurush’s initial budget was around 450 crores, but to rework on the VFX, is going to cost around 150 crores. Salaar, one of Parabhas’s upcoming films, has a budget of around 200 crores; Project K has a budget of around 600 crores.

Prabhas’s previous film Radhe Shyam was a flop but it is one of the expensive love stories and it has got mixed reviews from day 1 itself. Radhe Shyam’s IMDb rating was 5.3/10 with 29, 709 votes. As we all know IMDb ratings are crucial for any film to decide whether the movie hit or flop, however, let’s hope Prabhas’s upcoming films like Adipurush, Salaar and Project get solid reviews and ratings.

The magnum opus film Adipuru is all set to create a rage in theatres on June 16, 2023. The expectations are high, and not just fans, but all the Indian people and film industries are eagerly waiting to see the Ramayan on screen.