Adi Saikumar’s Puli Meka Web Series OTT Release Date: After presenting the back-to-back series like Oka Chinna Family Story, Loser2, Gaalivaana, and Recce, now Zee5 is back with another interesting thriller called ‘Puli Meka’ the series was launched with a simple pooja ceremony and Bobby, Anil Ravipudi have graced the event, however, the series helmed by K Chakravarthy Reddy who was directed by Pantham starring Gopi Chand. Interestingly Zee5 has collaborated with ace writer Kona Venkat for this series as this series will be made along with the banner called Kona Film Corporation. 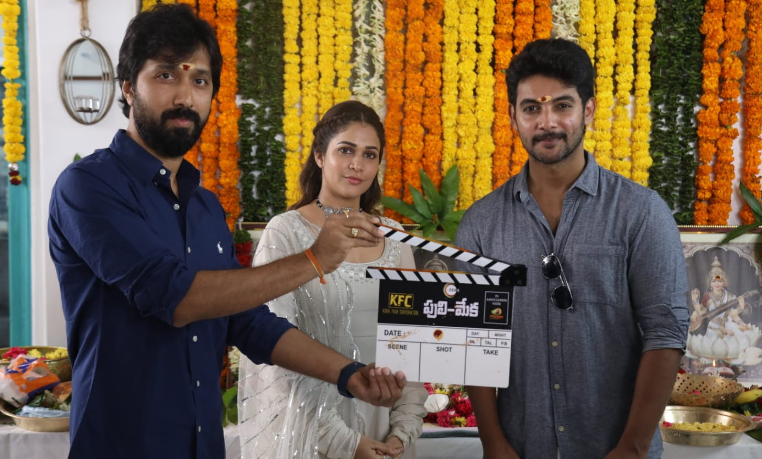 Puli Meka is touted to be an intense thriller, the story revolves around where one after another cop getting killed by a serial killer, and the police department is on a search to catch the serial killer.

Adi Saikumar and Lavanya Tripathi play the main leads and Siri Hanumanthu, Mukku Avinash, Suman, and others play key roles, the story is written by Kona Venkat and  Venkatesh Kilaru and the series is directed by K. Chakravarthy Reddy, while the cinematography has done by Surya, the music has composed by Praveen Lakkaraju and the series is produced by Zee5 along with Kona Film Corporation.

This series marks Adi and Lavanya Tripathi’s OTT debut as they shared their excitement through their social media handles, However, the series can be expected to hit the OTT space by the end of this year.

Adi has been doing many films as he sets a record of doing 9 films in a span of 1 year but sadly none of the films have fared well and now he is coming into the OTT space to try his luck, however, the series currently in the post-production stage, once the all the post-production works done we can expect a release date and the series backed by Zee5.

Lavanya Tripathi has done many films but she didn’t get a proper breakthrough as her last flick Happy Birthday also failed at the Box Office now she is entering into the OTT space let’s see how this series Puli Meka help her career, however, the series might hit the OTT space by the end of this year, till then stay tuned with us.

Puli Meka Web Series trailer has not been released by the makers.

Not Declared, Puli Meka Web Series makers have not yet announced.

Not Declared, Puli Meka Web Series movie has not been released so we can not say Hit or Flop

Puli Meka Web Series is billed as an intense thriller that will hit the OTT space by the end of this year.