Acharya Movie Box Office Collections: Chiranjeevi and Ramcharan played as the main leads Acharay has released yesterday April 29, 2022, with humungous expectations, and the film shattered all the expectations and its been running successfully at the Box Office. moreover, fans have been going crazy in the theaters seeing them on screen, despite all the positive response, as per the sources the film did an unimaginable opening at the Box Office, However, Acharya has collected on its first day around 53 crores, which was quite an impressive opening and if the same flow continuous the film will cross the break-even very soon. Hope the film does well in the coming days. 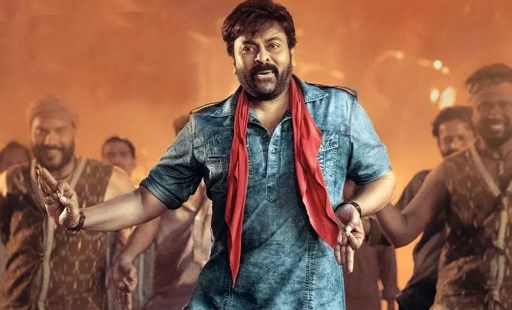 Acharya stars Chiranjeevi and Ramcharan as the main leads and also features, Pooja Hegde, Sonu Sood, Tanikella Bharani, Vennela Kishore, Posani Krishna Murali, and Ajay. Directed by Koratala Siva, with Cinematography by S.Thirunavukkarasu, Music by Manisharma, and the film was Produced by Niranjan Reddy, Anvesh Reddy under the banner of Konidela Productions.

Acharya is doing well at the Box Office, and Fans and movie lovers have been enjoying seeing Chiranjeevi and Ramcharan on screen. However, the film also has been getting positive responses from all over the world. Despite all the great responses, as per the sources, the film has done an impressive pre-release business, the film has done around 132 crores except digital rights. and that was great pre-release business ever happened in Chiranjeevi’s career. So let’s hope the film collects well at the Box Office in the coming days.